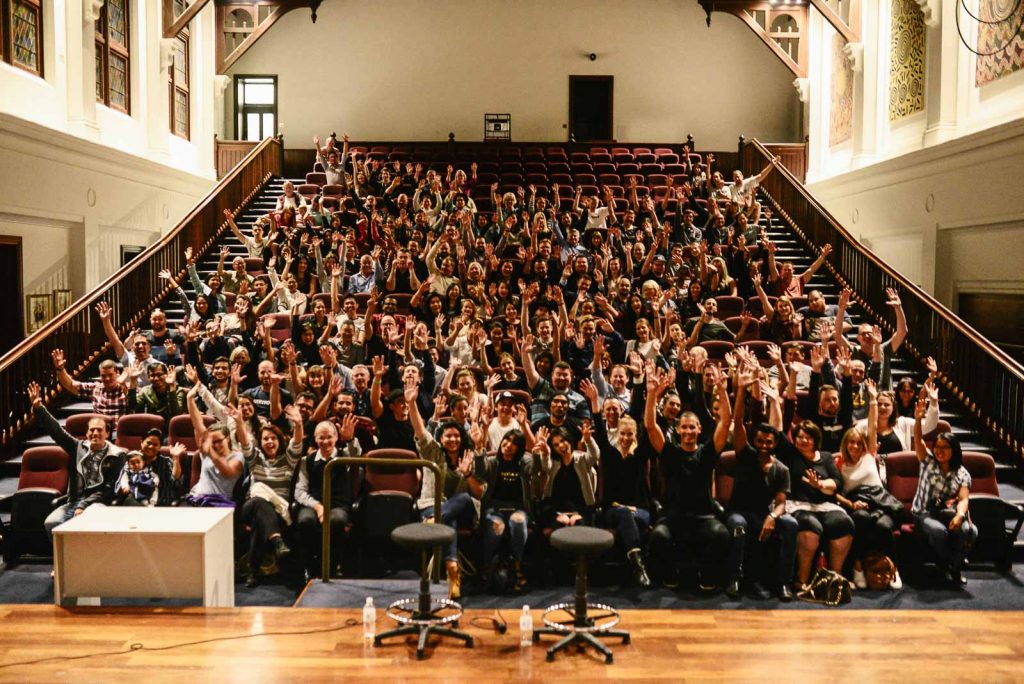 The first Hillsong Perth gathering actually took place a month ago on the 2nd April 2017 in two humble homes as Connect Groups (CGs) spread across the Perth metro region. One north of the river and the other in Canning Vale. I was fortunate enough to get a chance to attend the Canning Vale CG hosted by Marcus and Aly where I met a bunch of awesome people.

No, this post is in reference to the first Hillsong Perth gathering of people where the church sent a team from Sydney to address a large group of people in a ‘Team Night’ format. It took place last Thursday on the 27th April 2017. I have to say I can’t believe how much they have achieved in 25 days. Ps. Joel A’Bell (Lead pastor of Hillsong Australia) and Ps. Chrishan Jeyaratnam (soon-to-be Perth Campus Pastor) were among this group and led the led the event with an informal interview style banter that was followed by a Q&A session.

I should probably mention at this stage that I wasn’t initially supposed to be the official photographer…although I would be lying if I said the thought didn’t cross my mind. So, me being me – brought my camera along. Armed with a single 35mm f/1.4 Sigma ART lens, I was ready for some low-light shooting on a Nikon D610. Geek talk over.

As soon as I shook hands with the ushers at the door, my brain clicked that it was Ps. Chrishan himself! So, I asked if he wouldn’t mind me taking a few pictures of him. He responded with something along the lines of, “Oh, not only would that be ok, but would you mind taking some photos of the event itself and sending it to me afterwards?” Of course I was ecstatic and agreed. 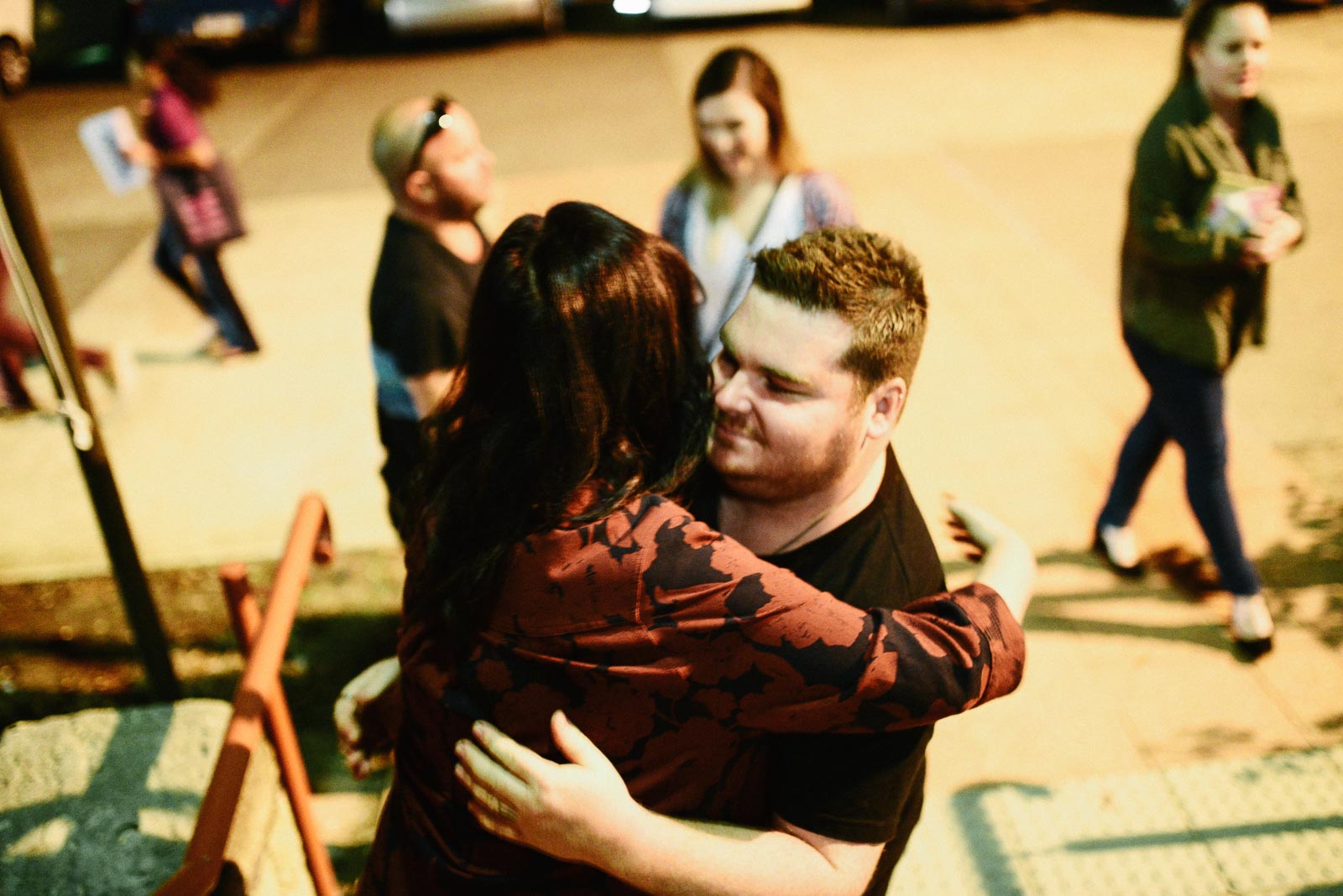 Steph went in first as I hung around outside taking some photos as people walked in. 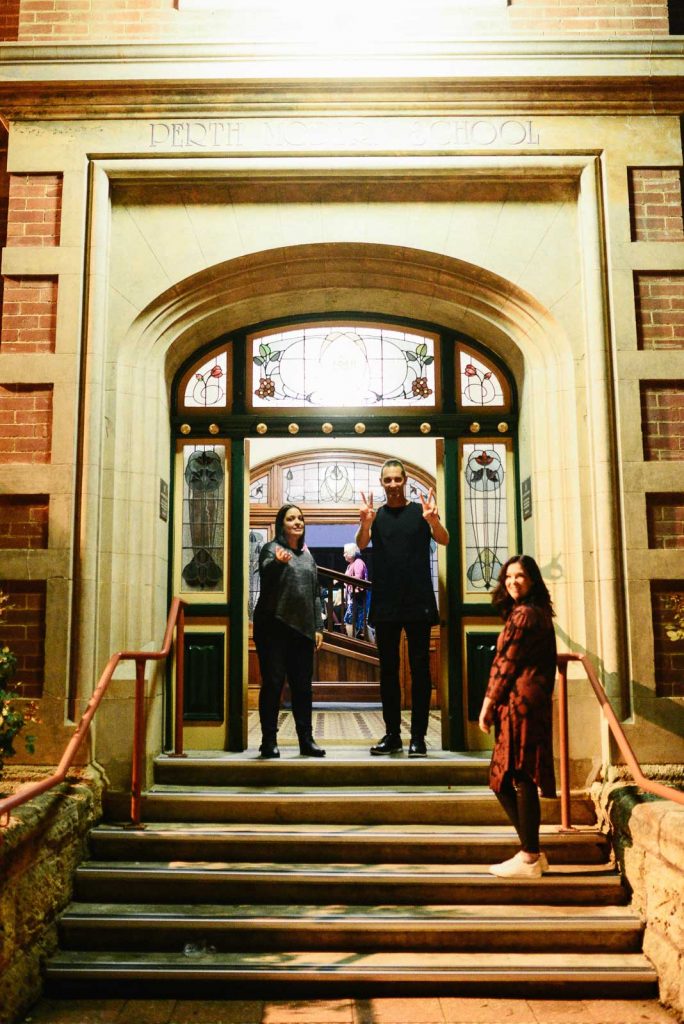 At one point Ps. Joel A’Bell happened to walk out and asked, “Who is that?”. Fortunately, Aly was there and introduced me as the “Hillsong Perth official photographer!”. His response? – Peace signs all around 🙂

When I got in and found Steph, she was sitting somewhere in the top in the middle of the row talking to some other girls. Mary introduced herself and was super friendly. Unfortunately, I didn’t stay seated for long but I did recognize her on Instagram while posting about this the next day and sent her a message. We have made tentative plans to go on a photo walk and she also started a vlog so check it out. 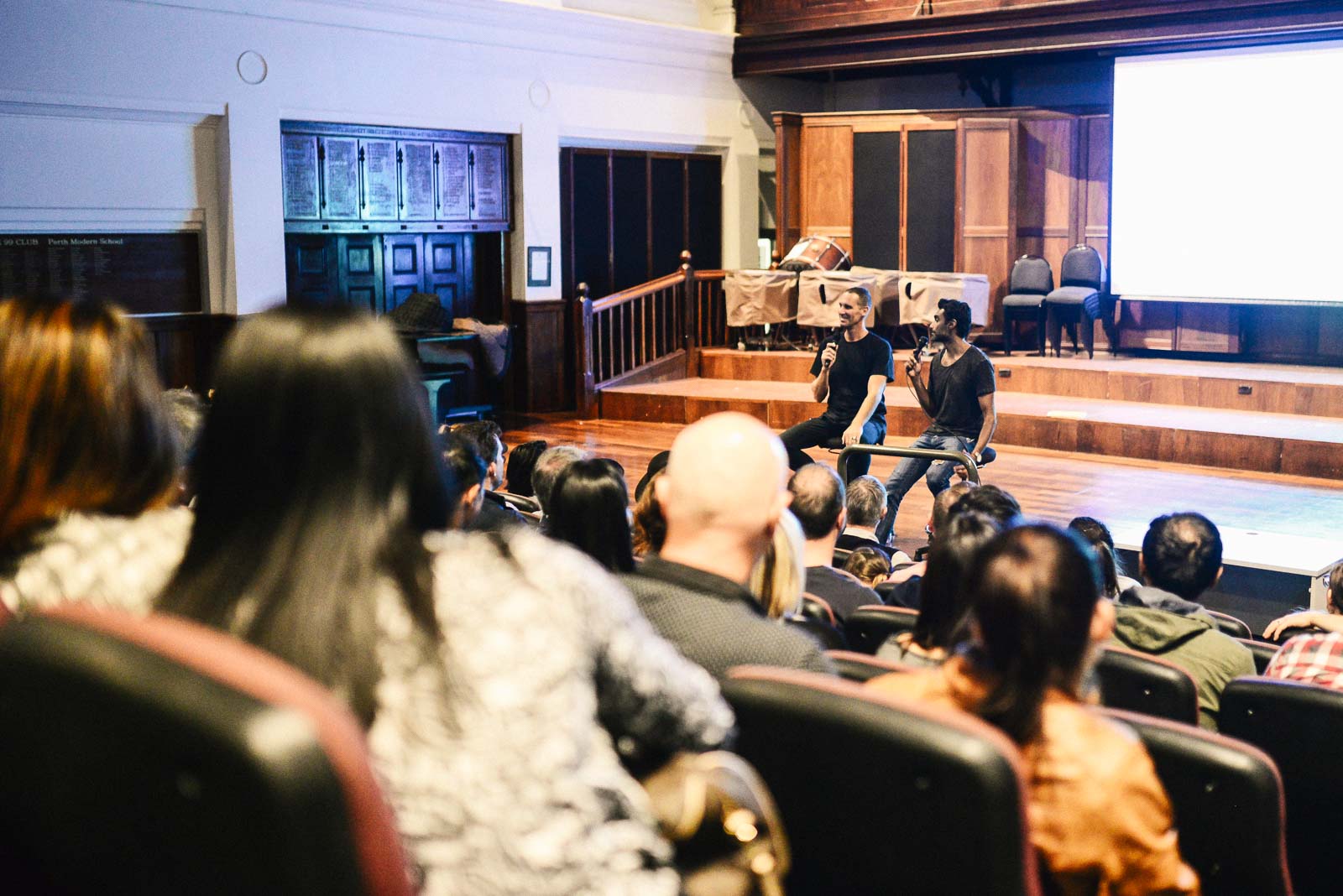 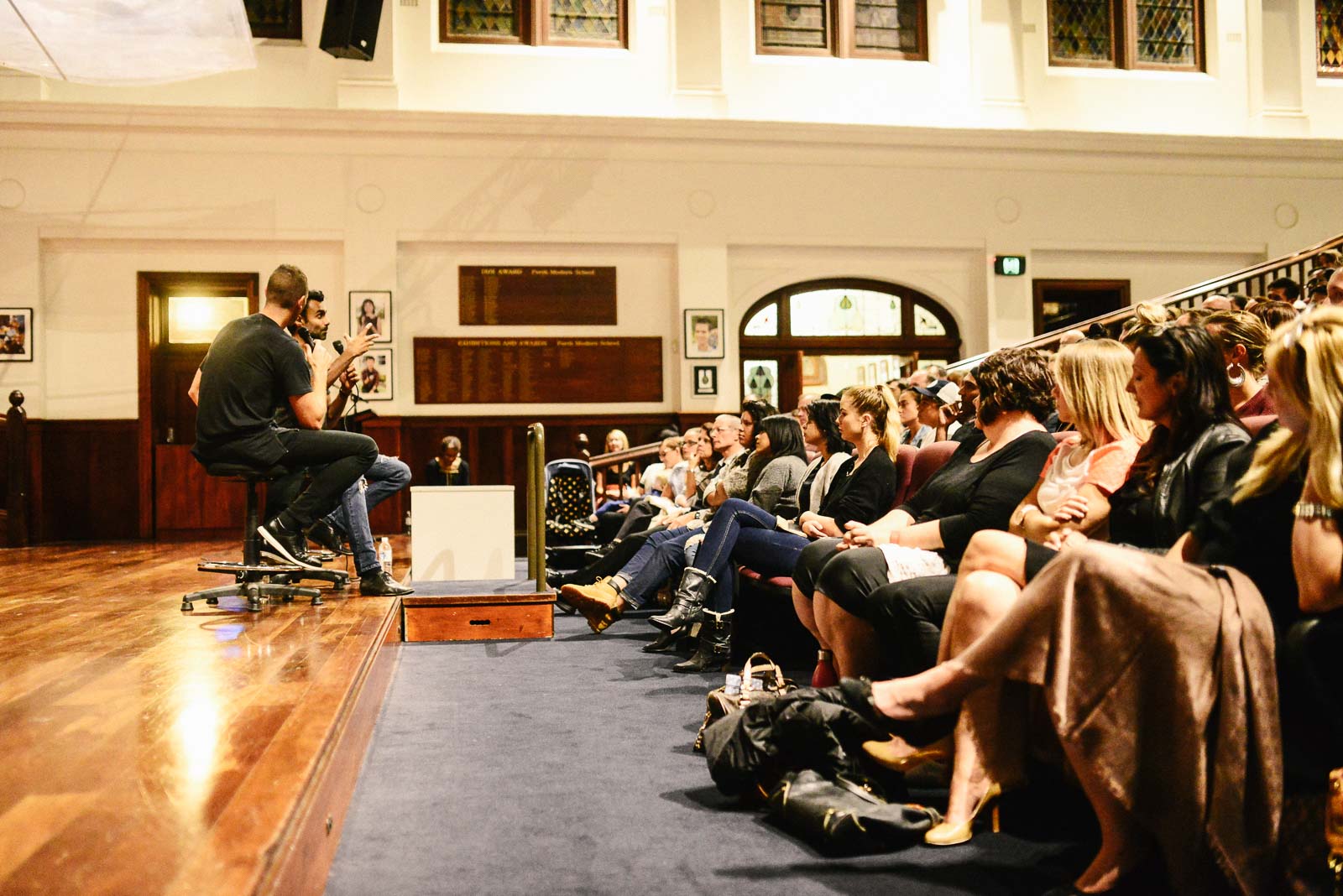 As you can tell, there was a very chill vibe going on but at the same time the discussion was stimulating and thought provoking. There was definitely an aura of determination and deliberation in everything that was said.

The discussion included topics such as venue, timeline, involvement, and strategic direction…among others of course. Overall, I think it was a huge success especially considering the fact that the venue was only confirmed <48hrs prior to the event. Furthermore, there was always a possibility of having only a handful of people turning up. In the end, I believe the count was over 250 people in attendance.

The two in the middle of the photo are Janelle and Brandon. They go to our CG as well! 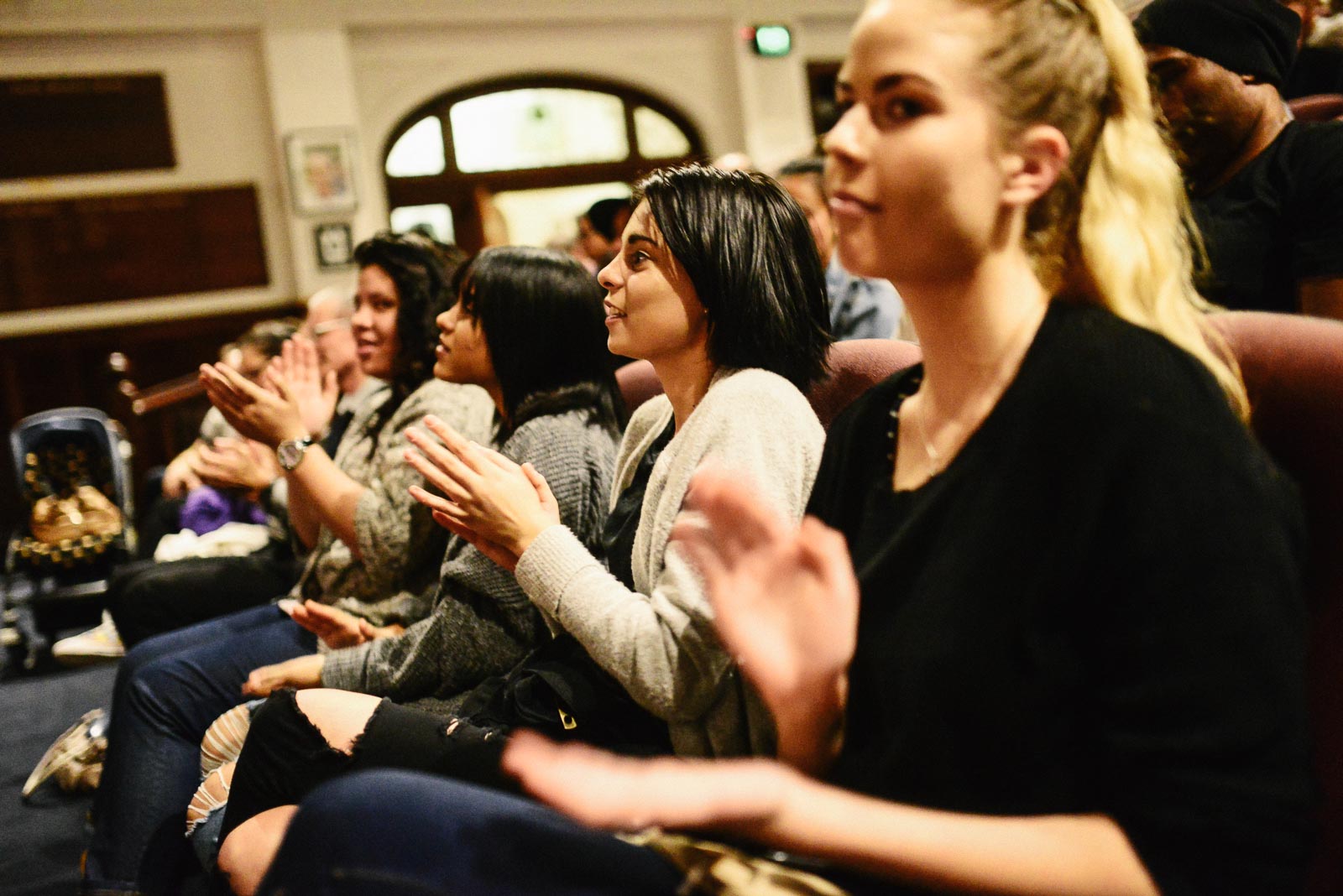 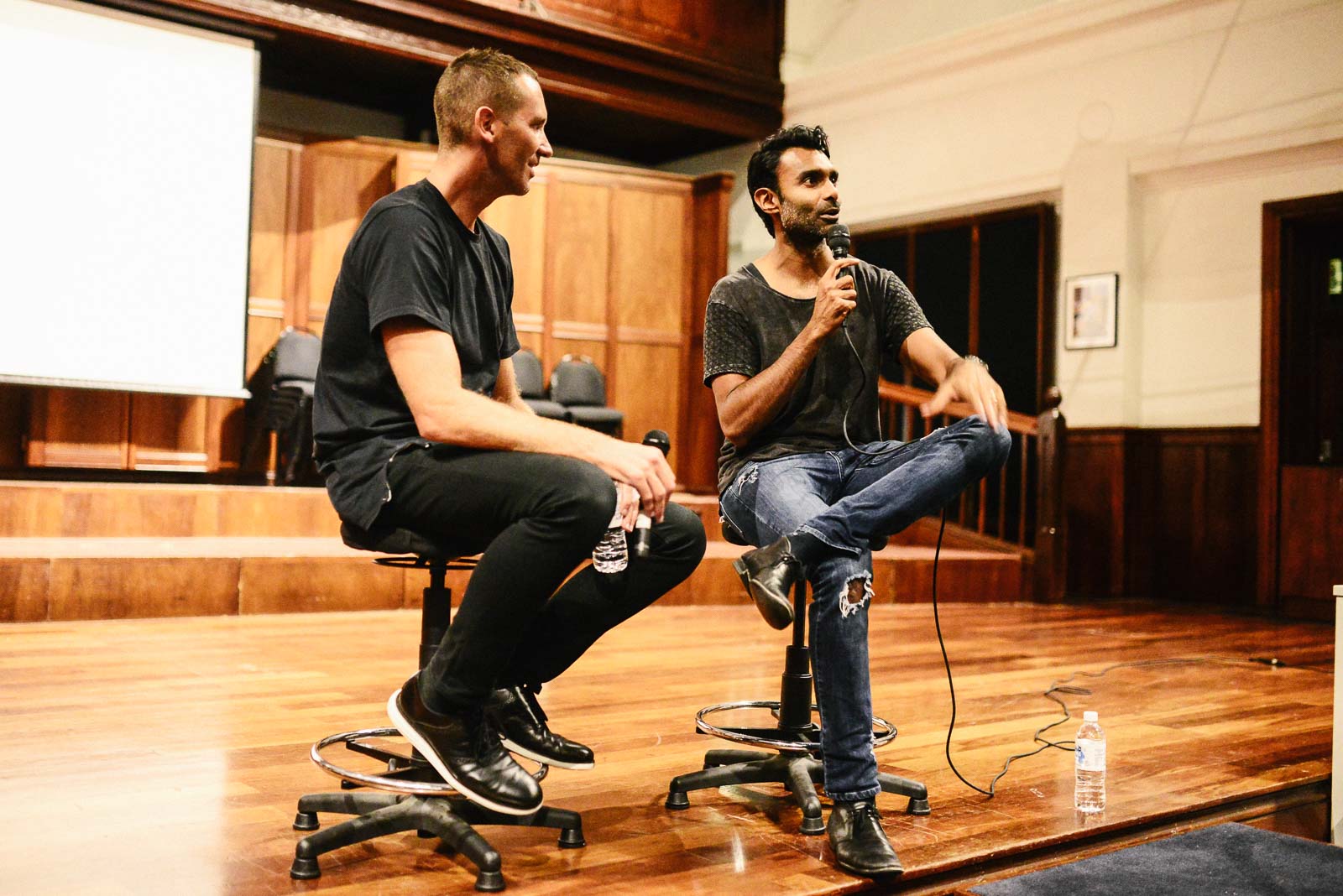 Ending on a high. 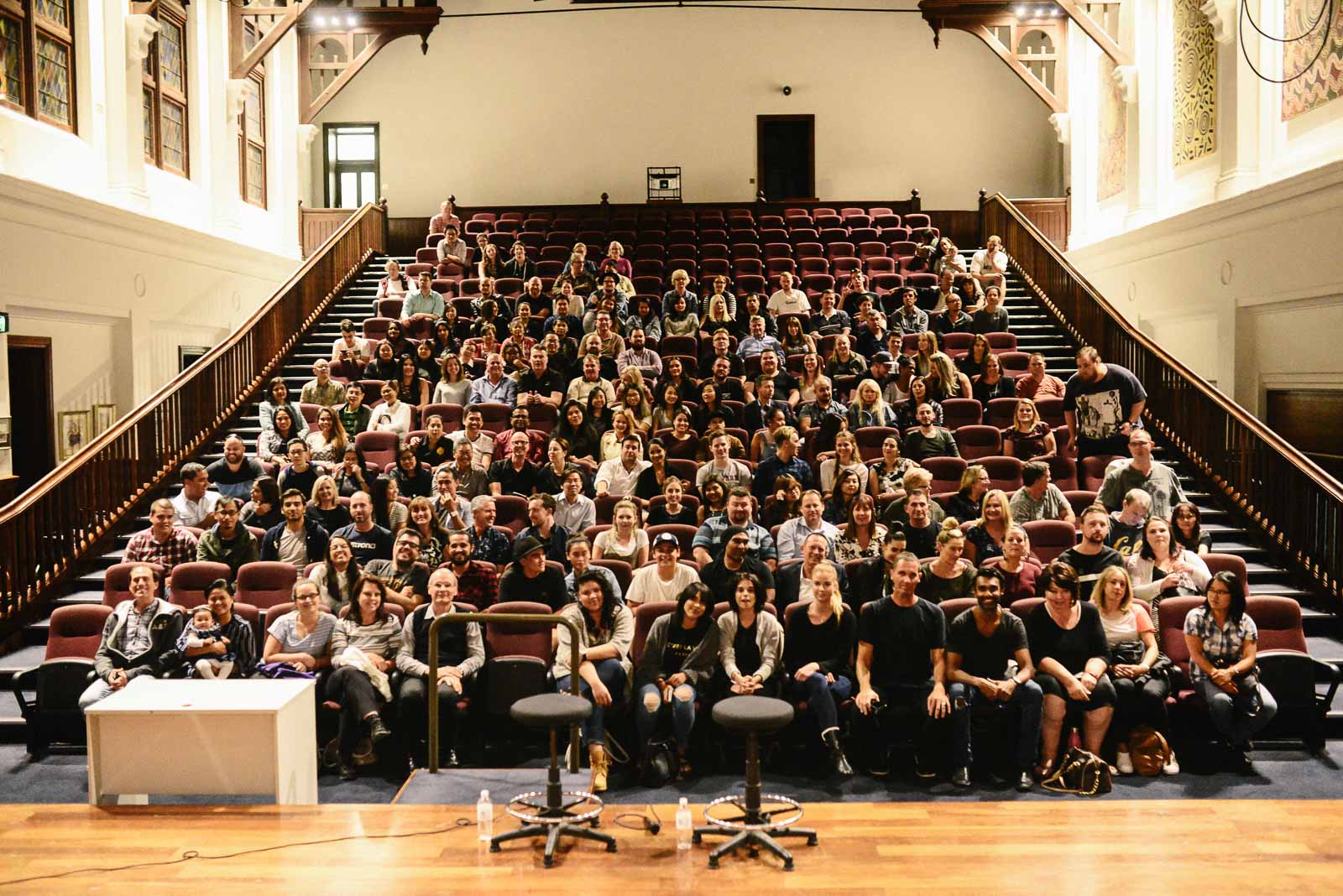 After the Q&A session, they wanted a group photo and as I happened to be in the front row at the time, I jumped at the opportunity! 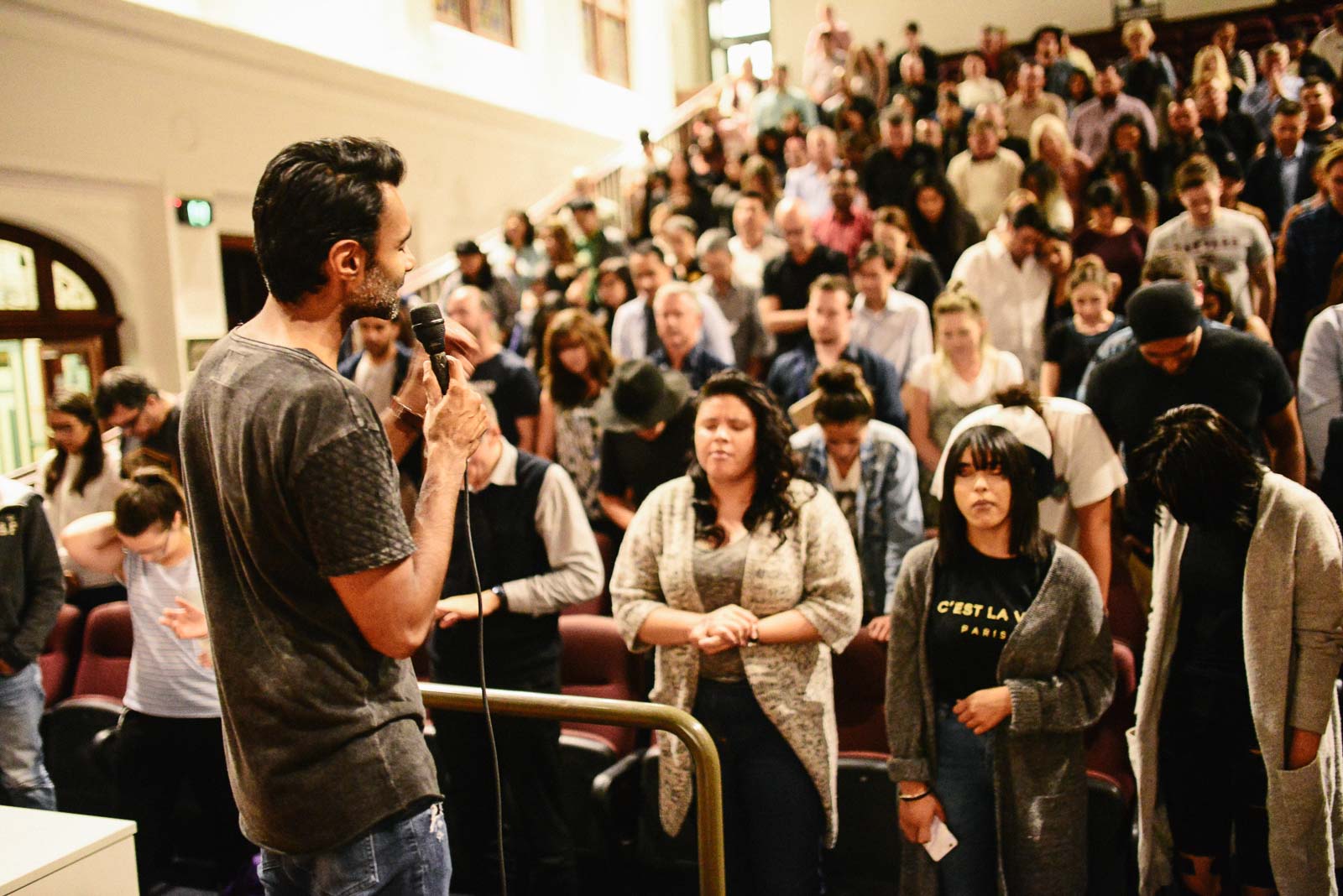 Finally, Chrishan ended the Team Night with a prayer. I walked away feeling energized and refreshed. It was great. I cannot wait to be involved in what happens next!