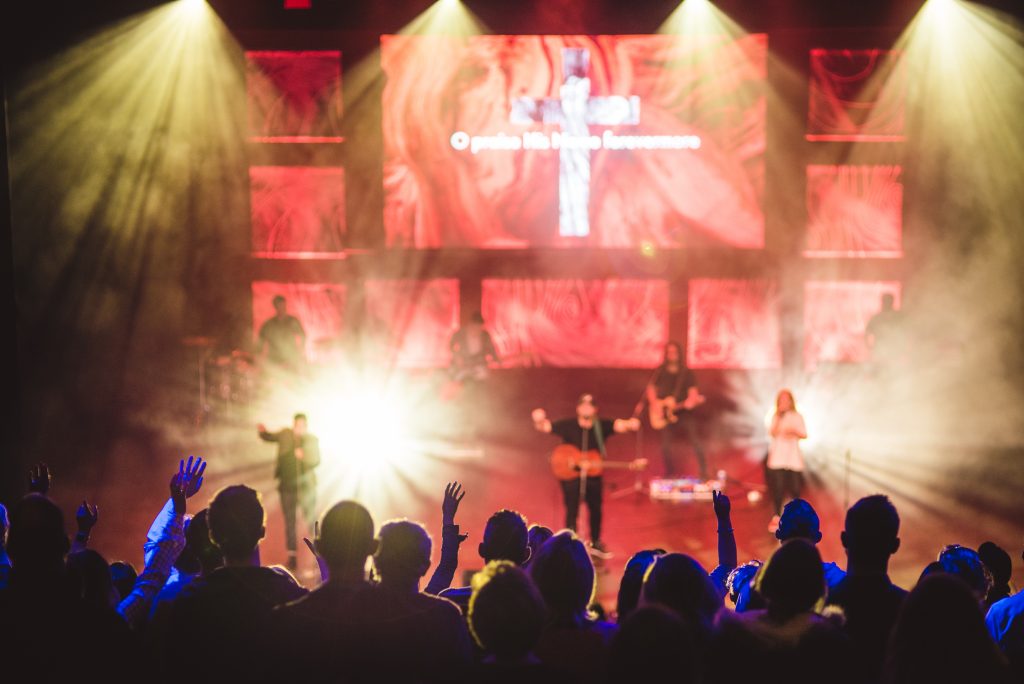 …well, because technically speaking it wasn’t. In addition to what I mentioned in this post, I can assure you that there was plenty of movement going on behind the scenes to get to this point. Besides, the word ‘Inaugural’ has a very nice-sounding official ring to it…which is what this was. Official.

This means that (this time) there was a full production team, lighting, sound, stage, welcome committee, ushers, photographers (of which yours truly was a part of), security, kids church, and others. Volunteers and staff flew in from all corners of the continent to ensure its success. As they had the venue the entire day, the stage was completely set up before I arrived at ~5pm for a 7pm start. Fortunately, there was still plenty to photograph as people were getting ready for guests to arrive, final sound/light/stage checks were being conducted, and literature was being placed on the seats. 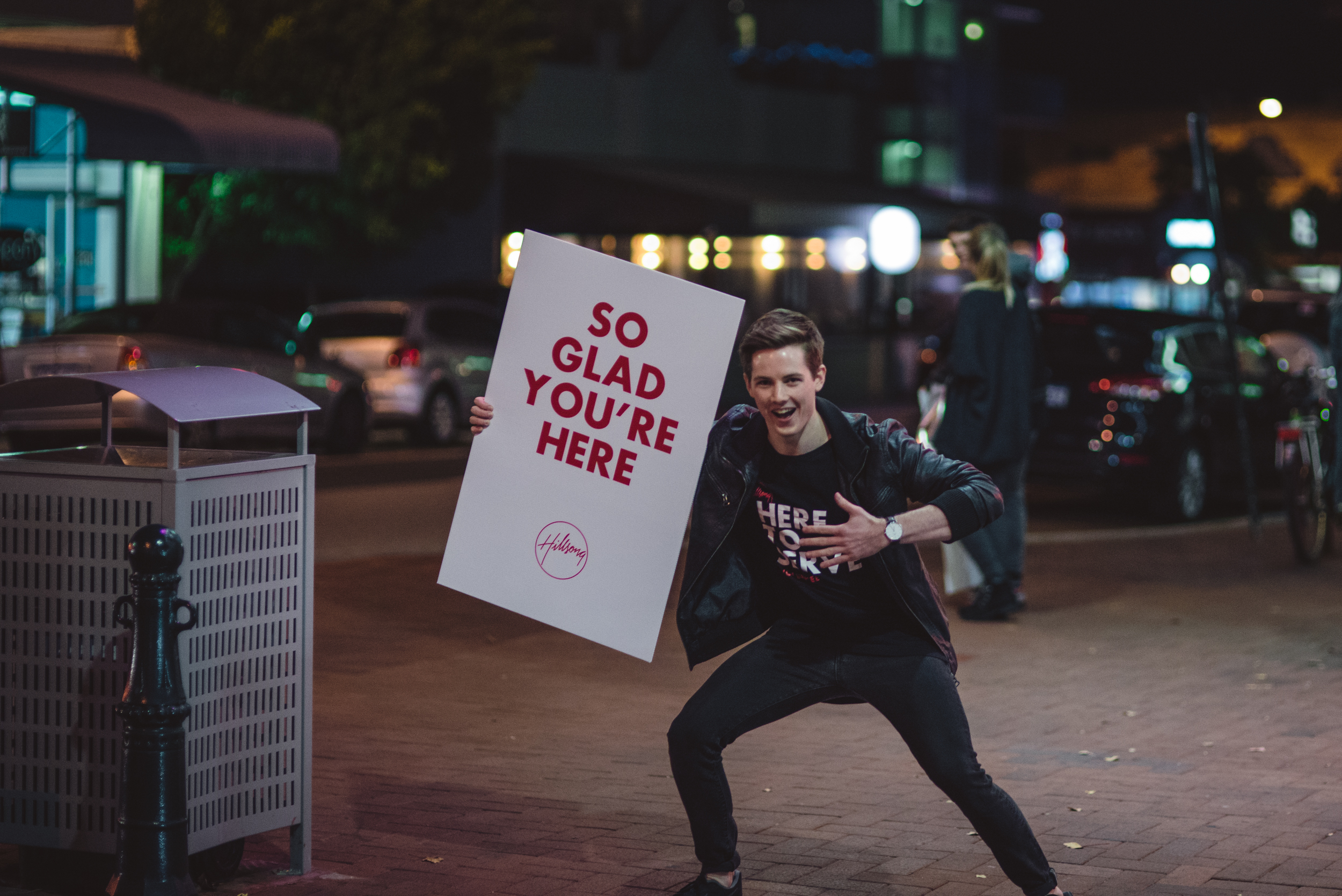 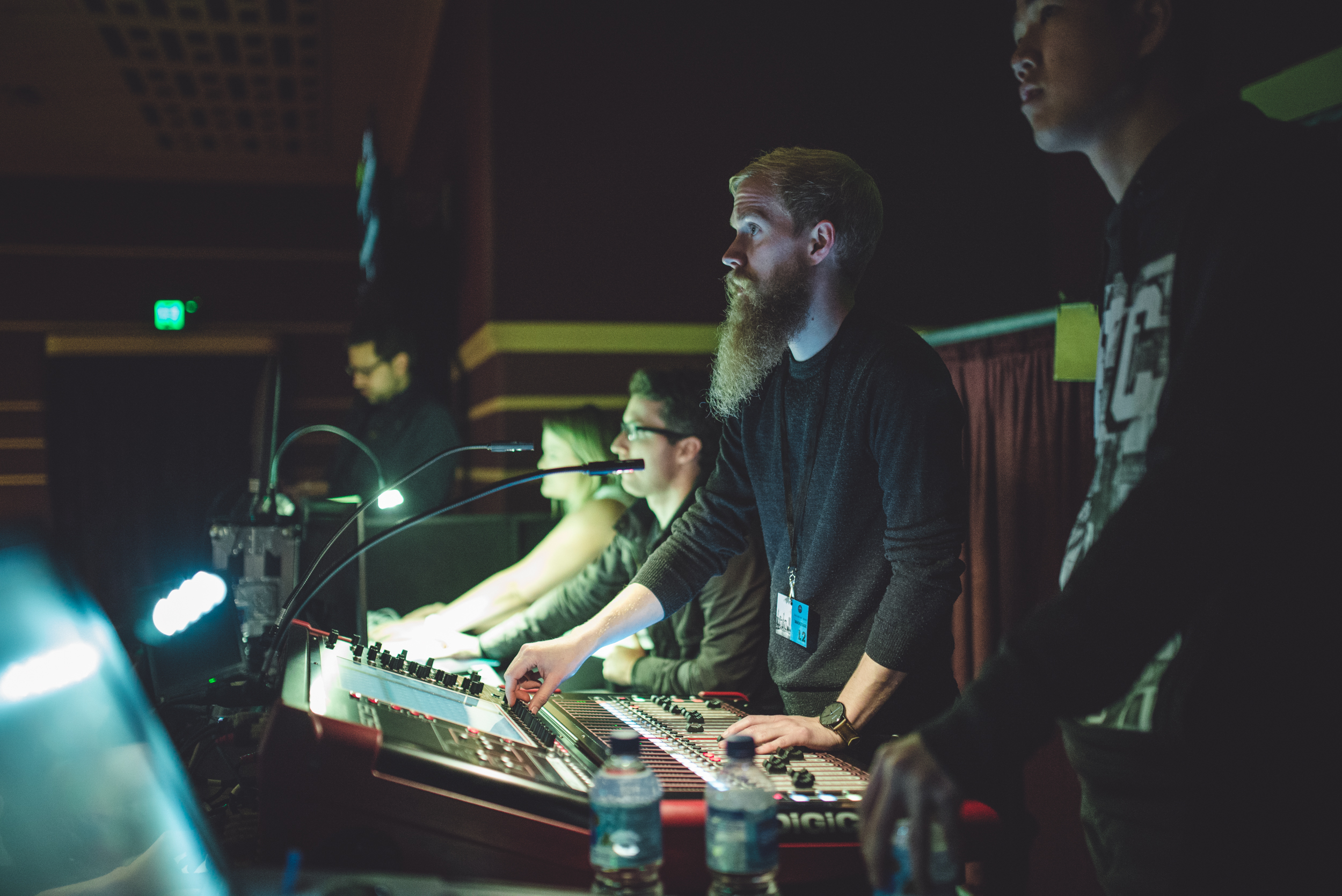 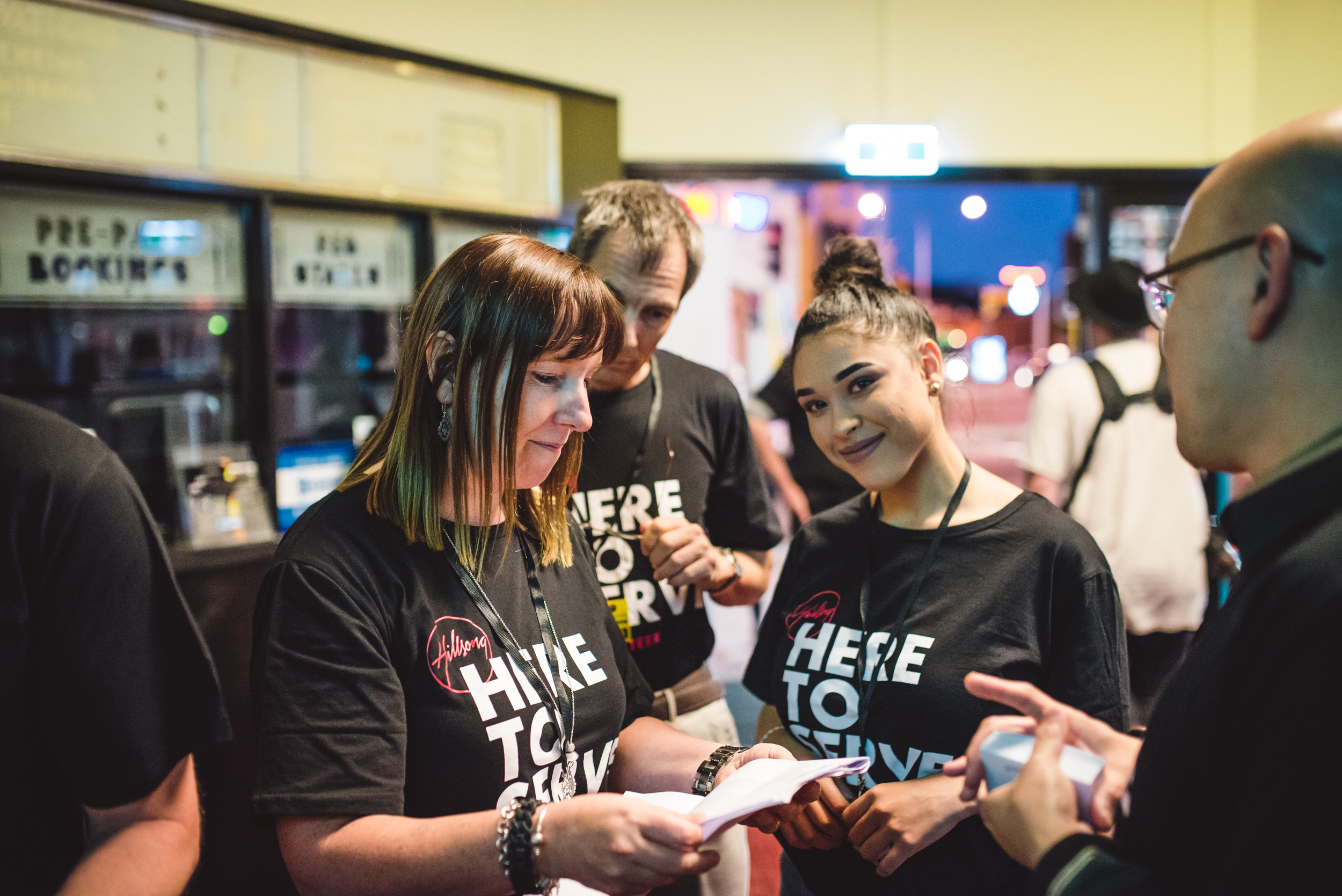 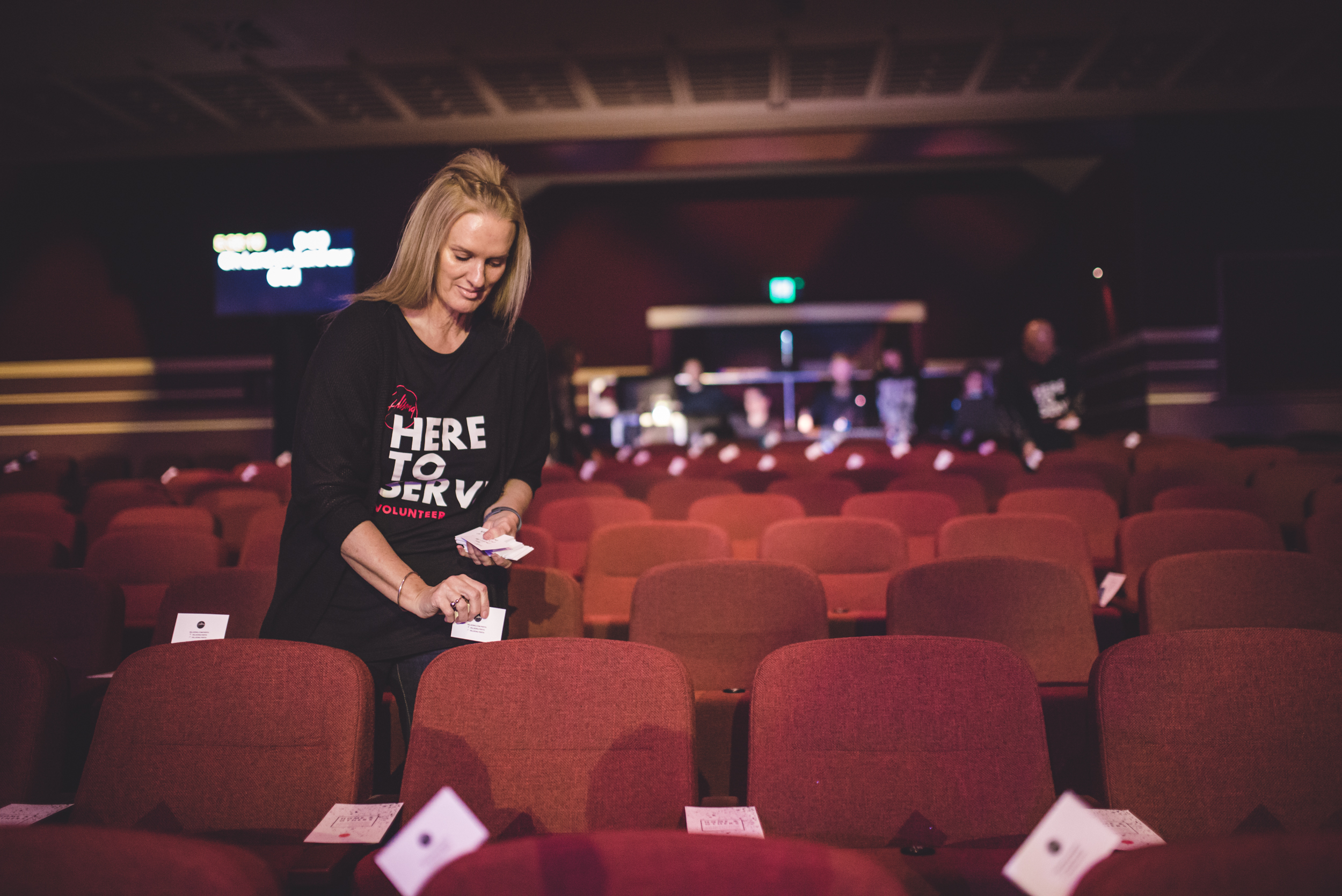 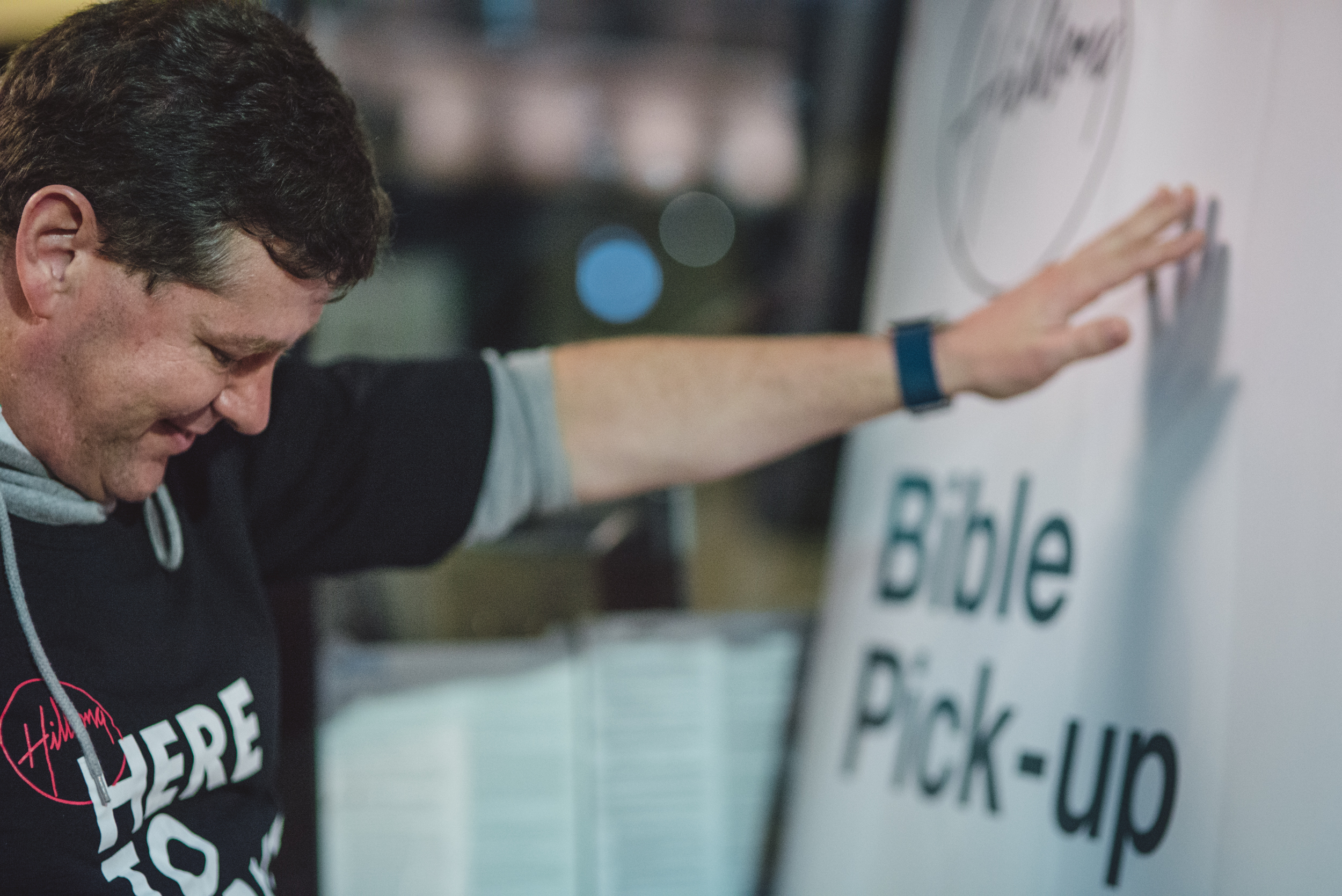 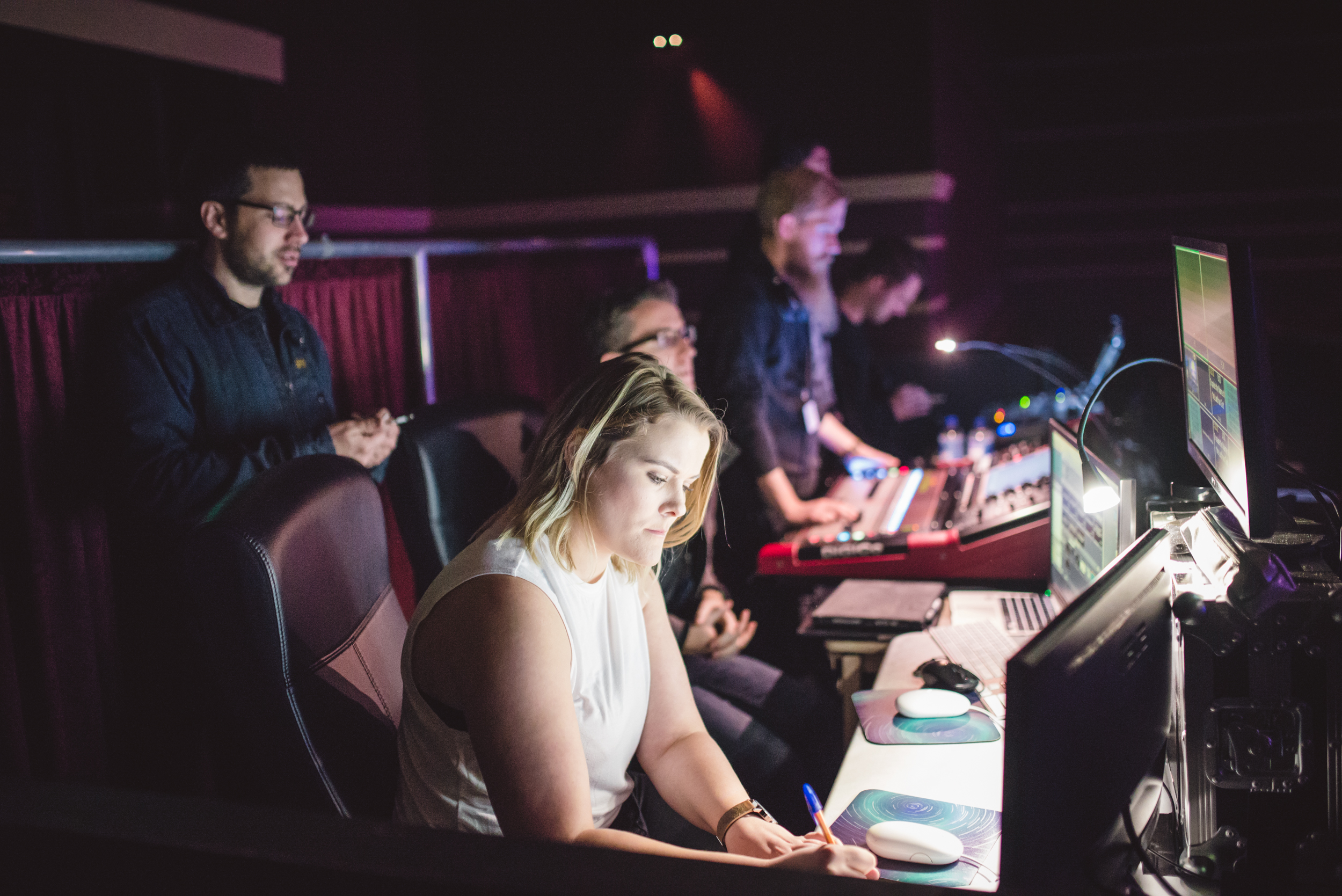 The Rally by Dani

At ~6pm, Ps. Dani rallied a bunch of volunteers in the foyer which was followed by a prayer and ended with a hands-in team chant. I was fortunate enough to get lost halfway up the stairs while helping another volunteer look for bottled water just moments before this took place. As I looked back I saw this and knew this would be the shot. All I could think of was, “please be in focus, please be in focus, please…” on repeat, haha! 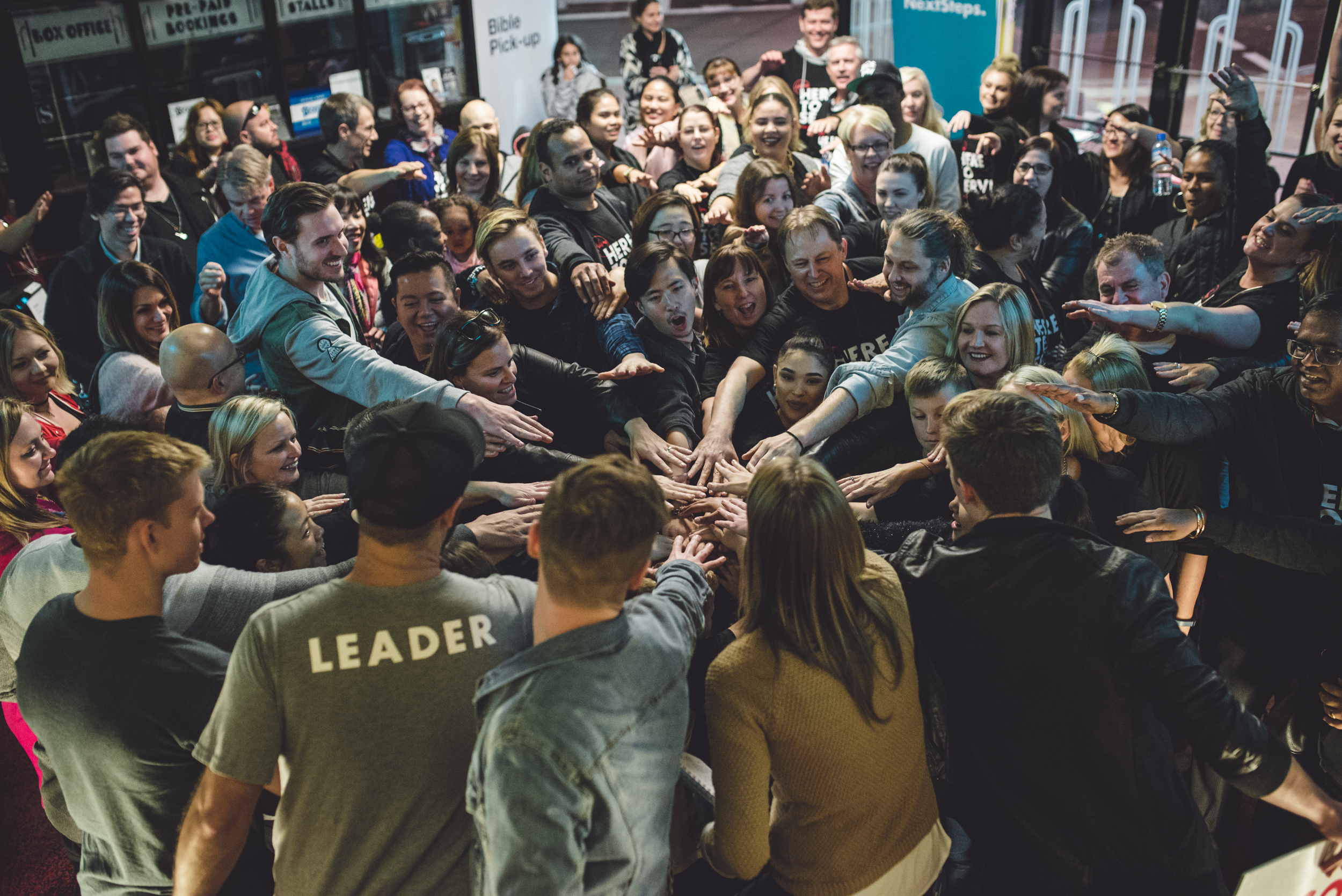 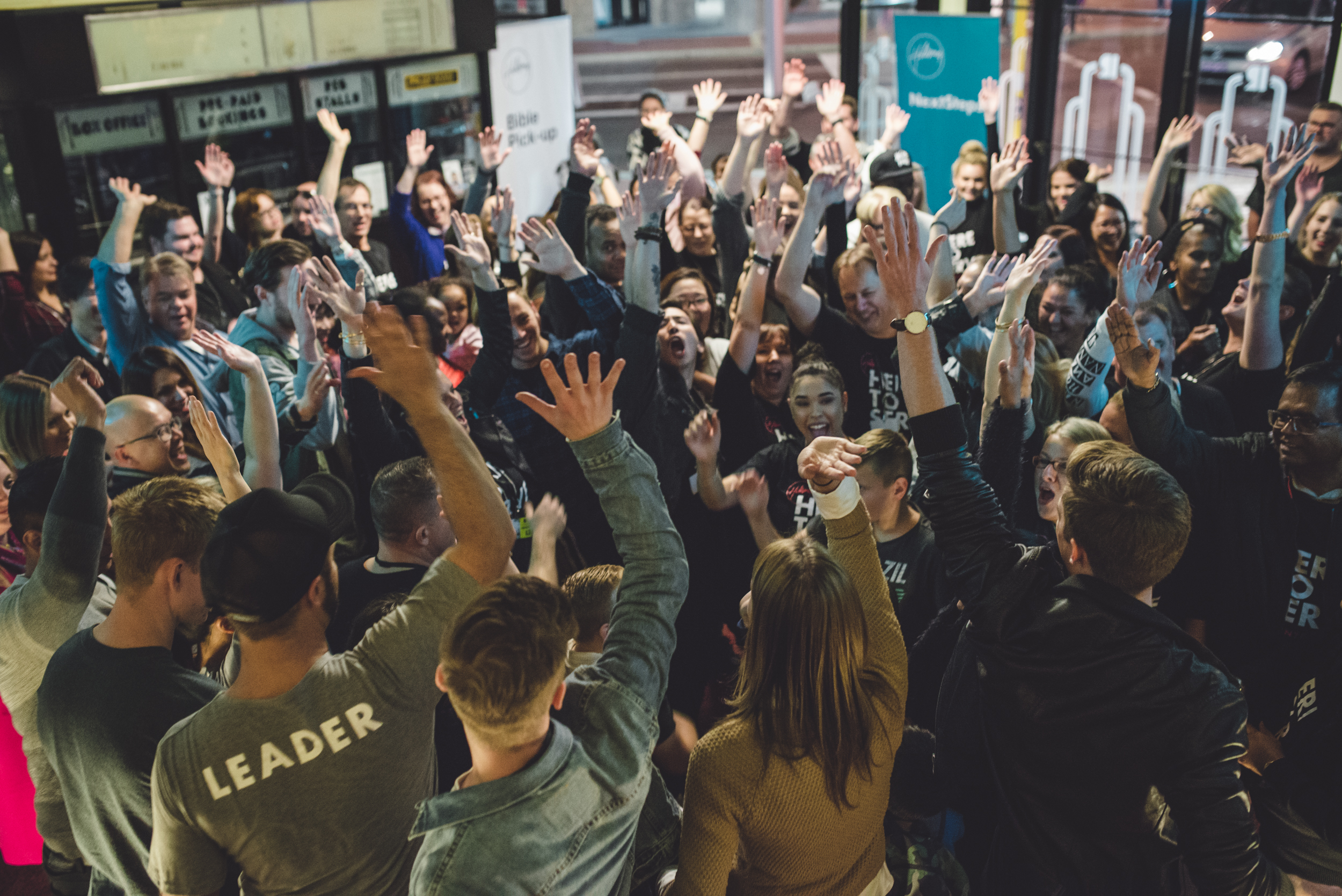 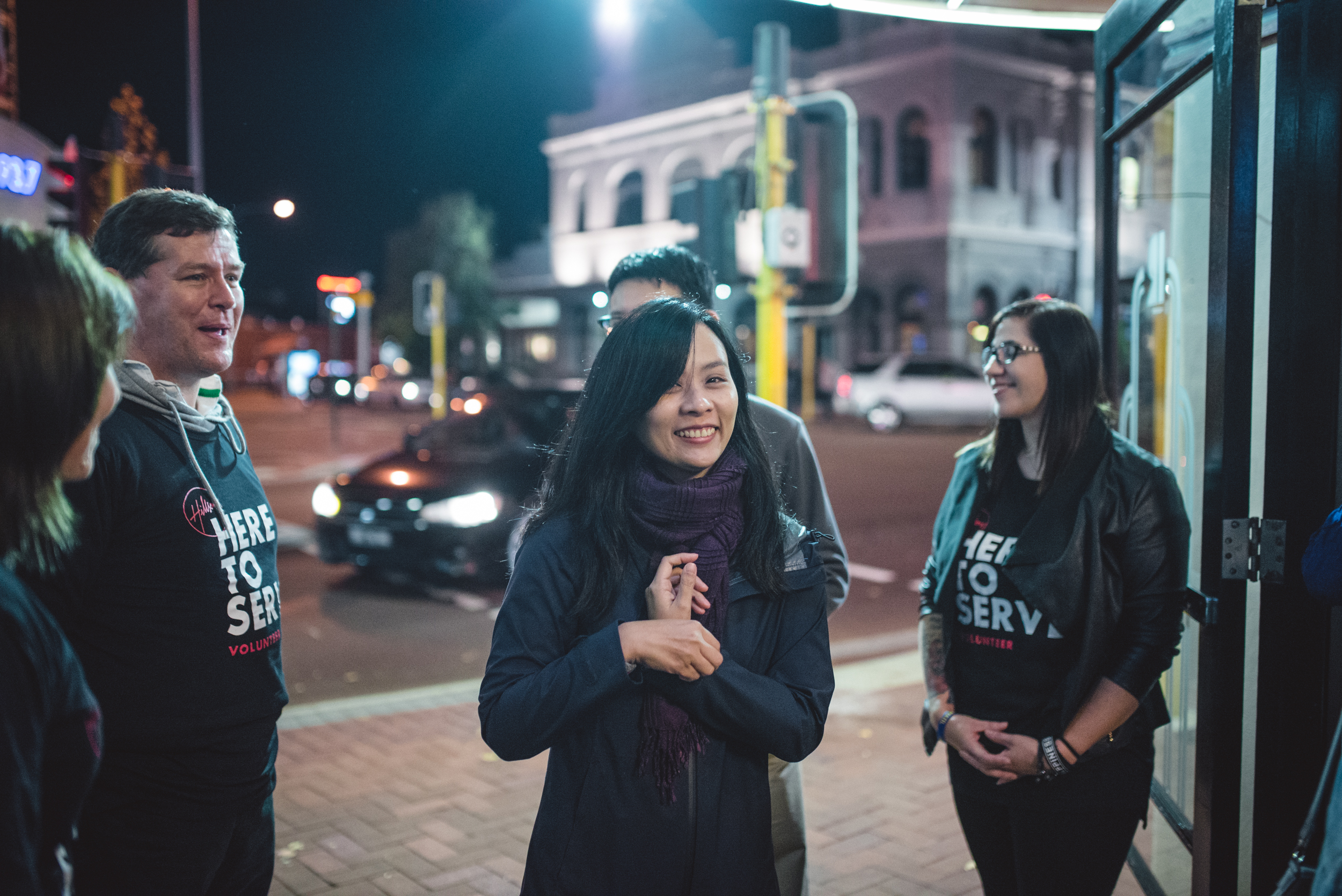 This is Ps. Jules A’Bell. She briefly introduced herself and was super nice that I didn’t recognize her at first and figured she was another volunteer (mental facepalm ensued). Someone told me the name of the gentleman but I forgot so if someone knows please remind me! 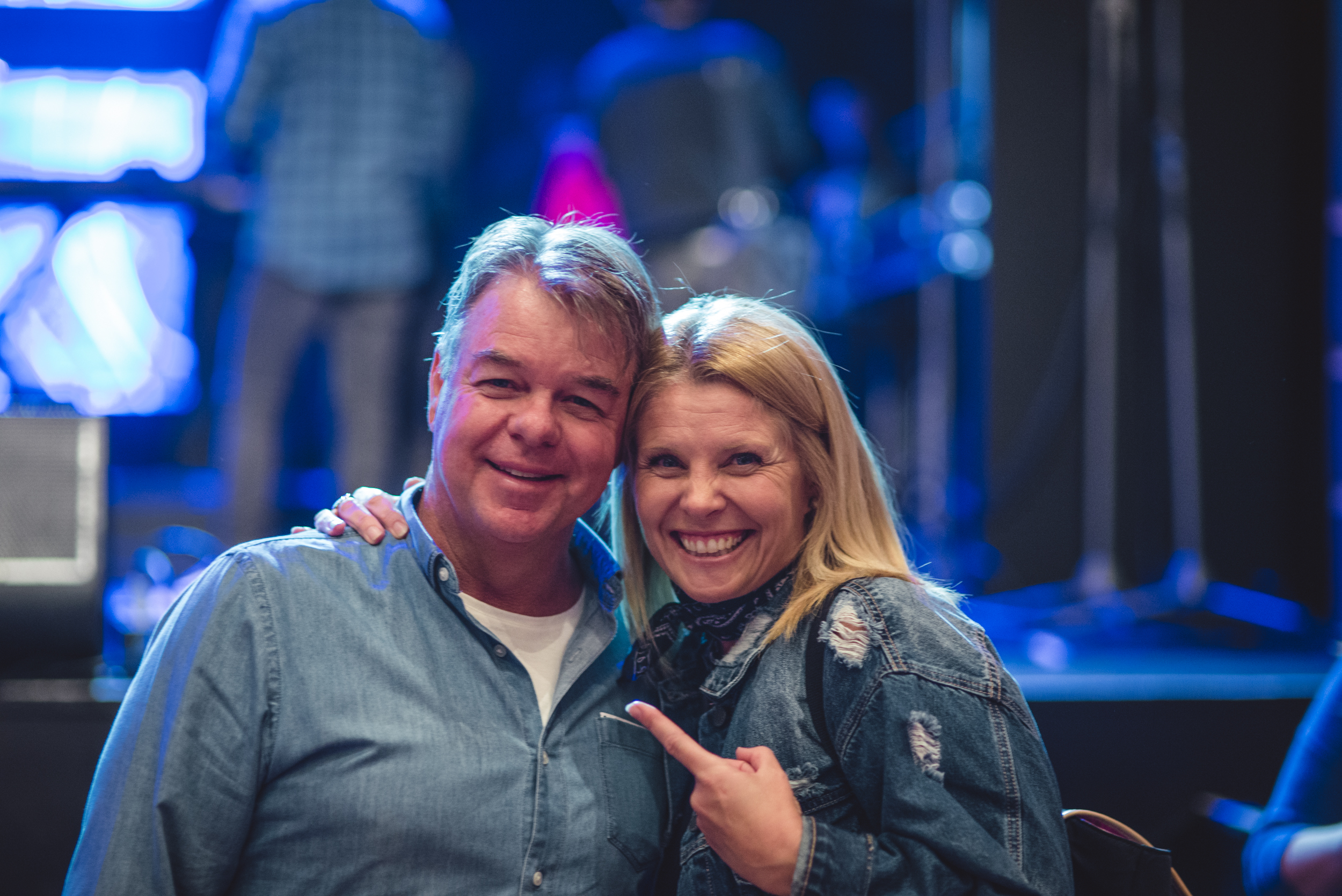 At exactly 6.30pm, the worship team went backstage where Jed shared a short message to everyone.  I didn’t actually hear what was said as I was busy fiddling with the manual focus ring because it was almost pitch black and the camera wouldn’t autofocus. This is where the trusty 35mm f/1.4 wide open comes in. Two test shots later and I was set. I took a few shots after walking around the group but ended up back where I started as that projector in the background and ray of light from the backstage room was too good not to include in my keeper shot. By this time they were praying and so I snapped this badboy before heading back out into the auditorium. 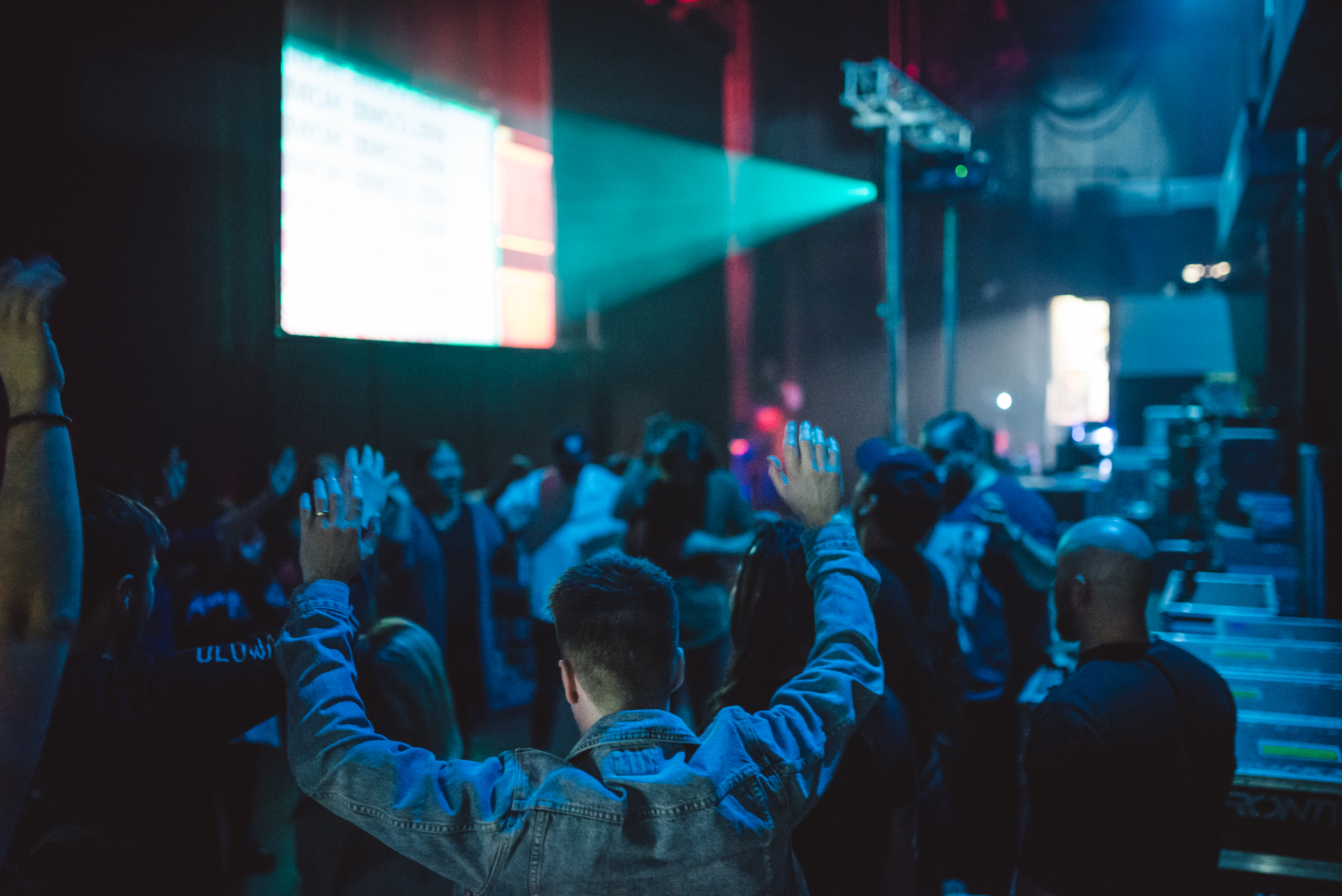 Needless to say, the most fun part of shooting a Hillsong service is the praise and worship. The dynamic lighting, smoke, and atmosphere really make up endless possibilities. 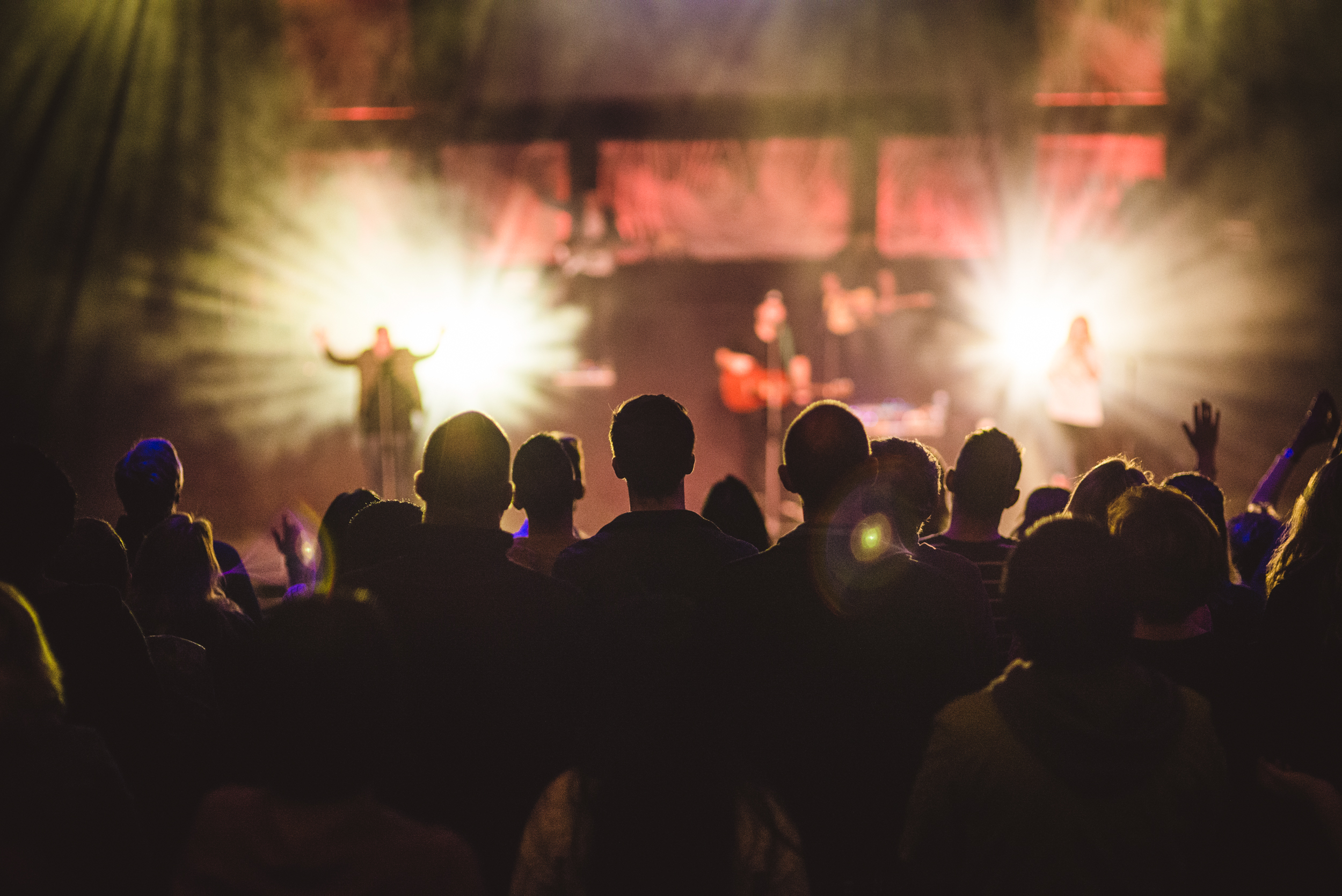 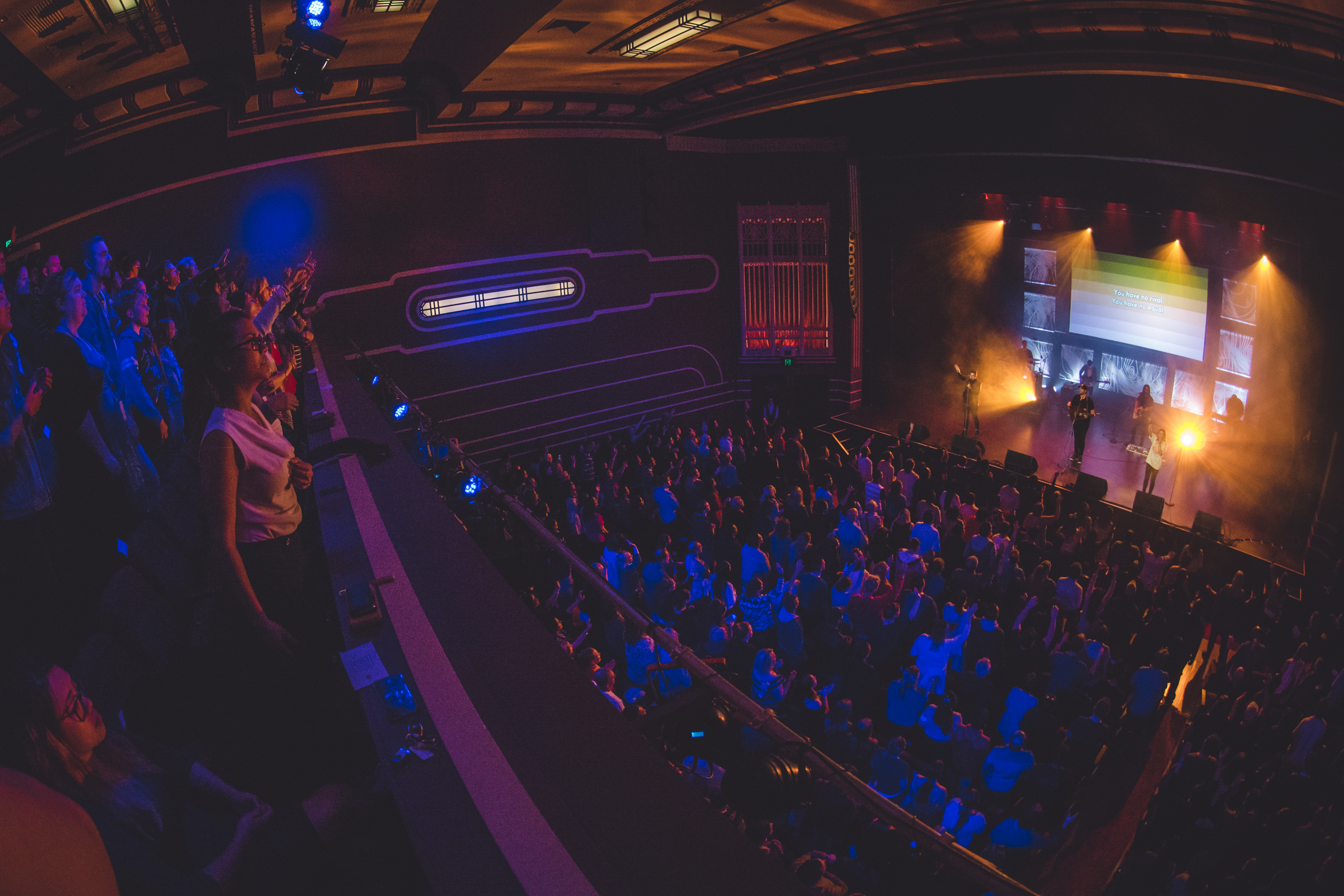 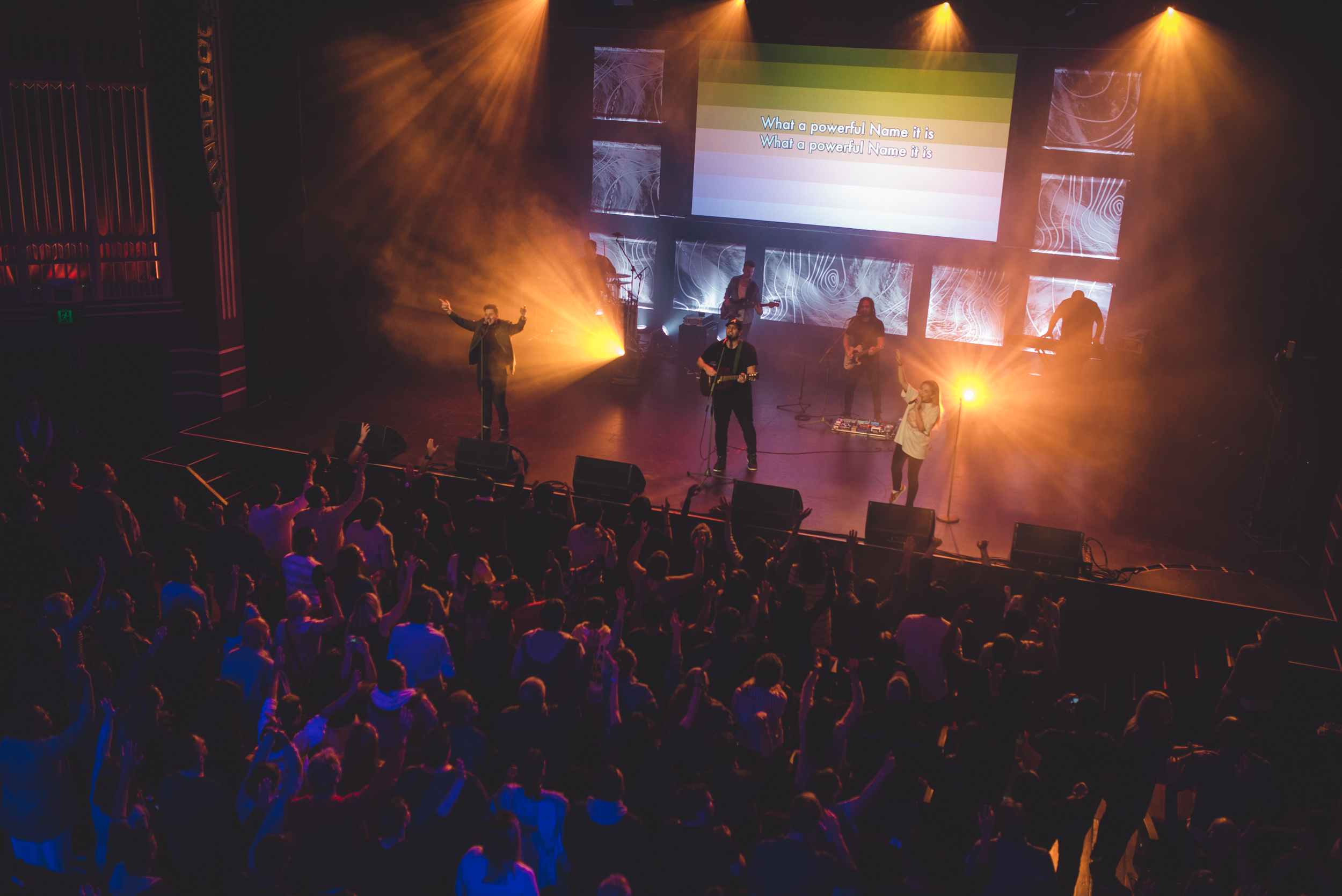 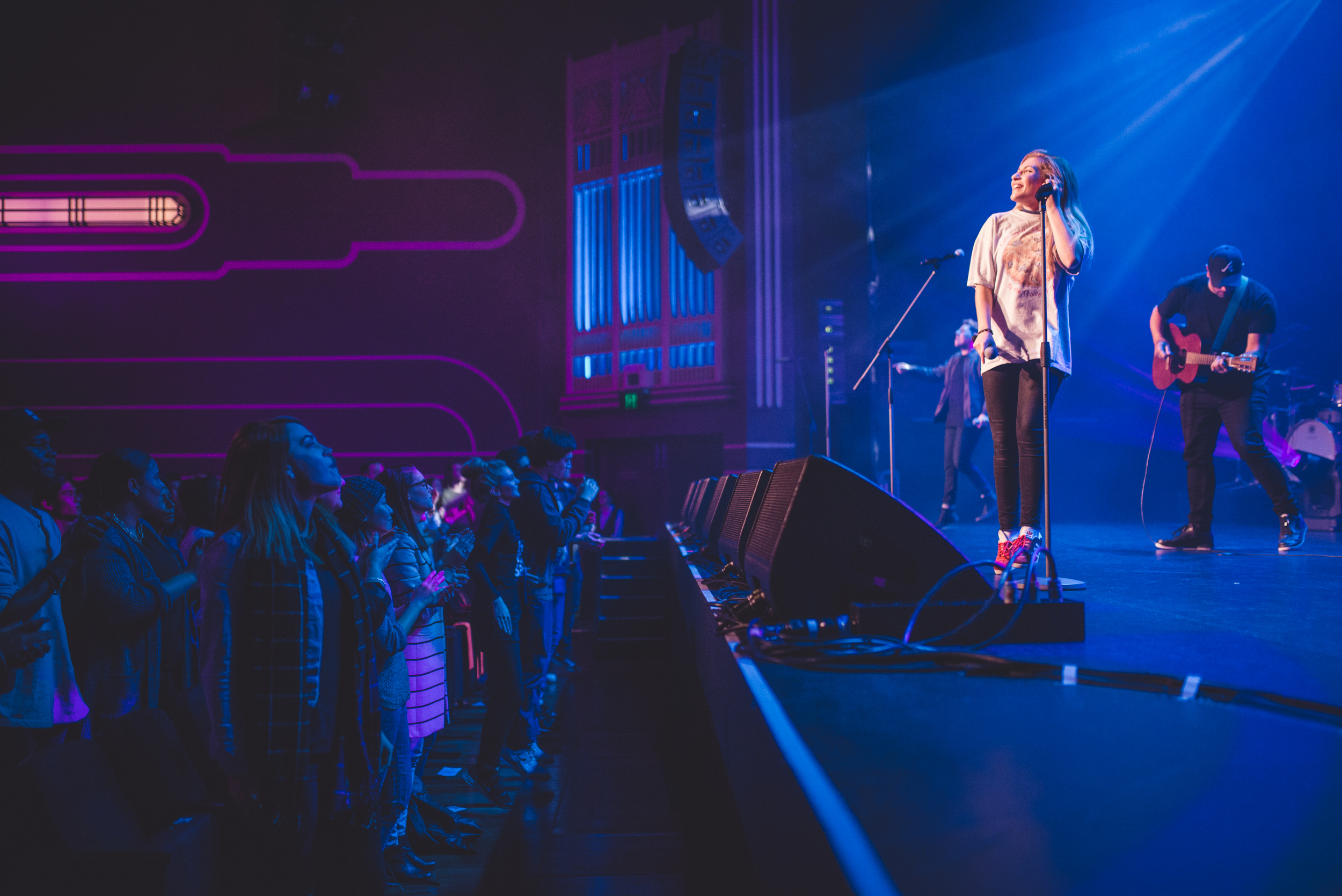 After this was the announcements and church news brought to you by Ps. Jules. 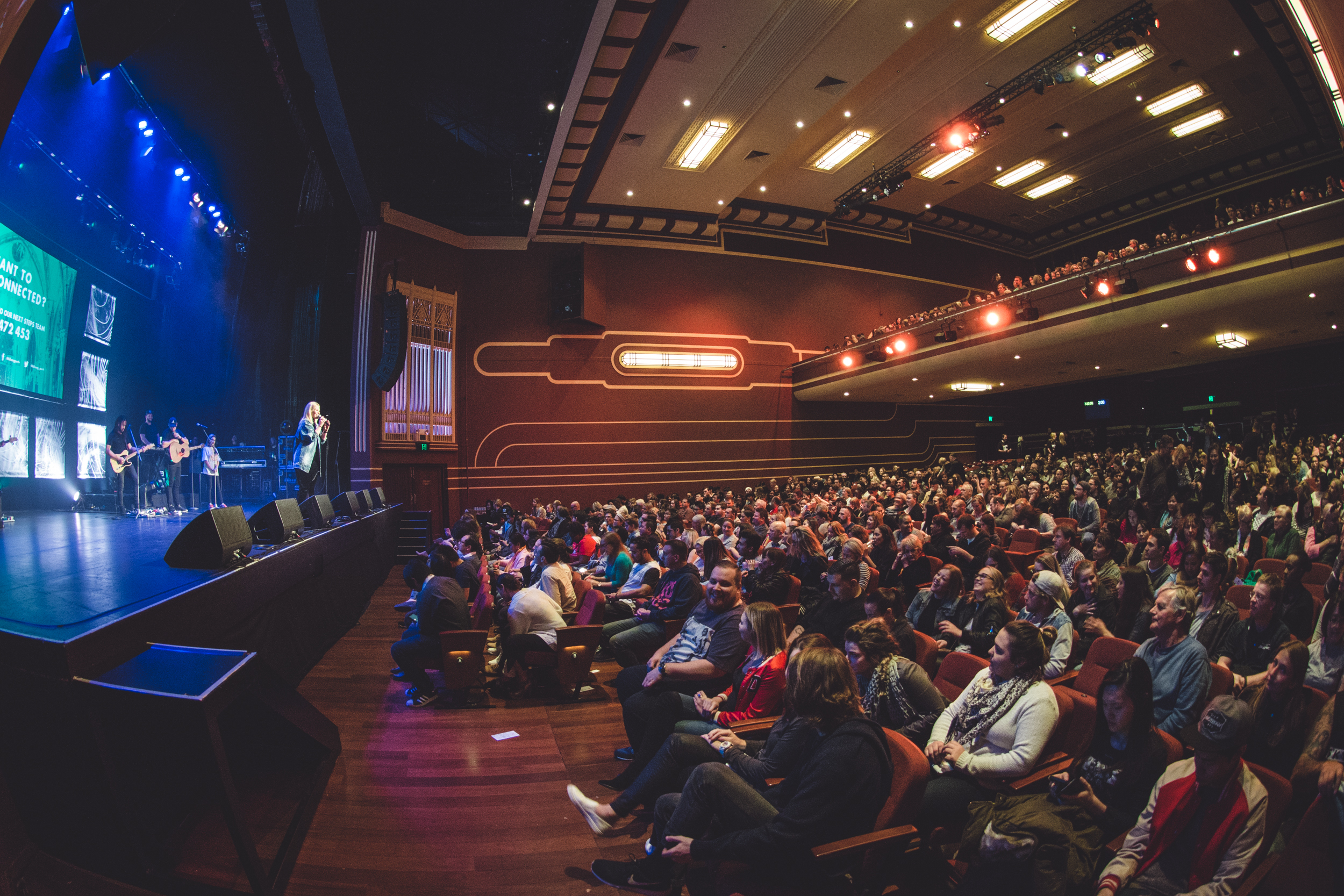 She introduced Ps. Dani who got up and did her thing. At this point, we (the photogs) had agreed that one person would remain in the auditorium (shout out to the Hillsong Sydney Head of Photography, Ben Faulkner, for the pro-tip) while myself and the other guy went back to the green room to start editing. I got back just in time to catch the alter-call led by Ps. Chrishan. 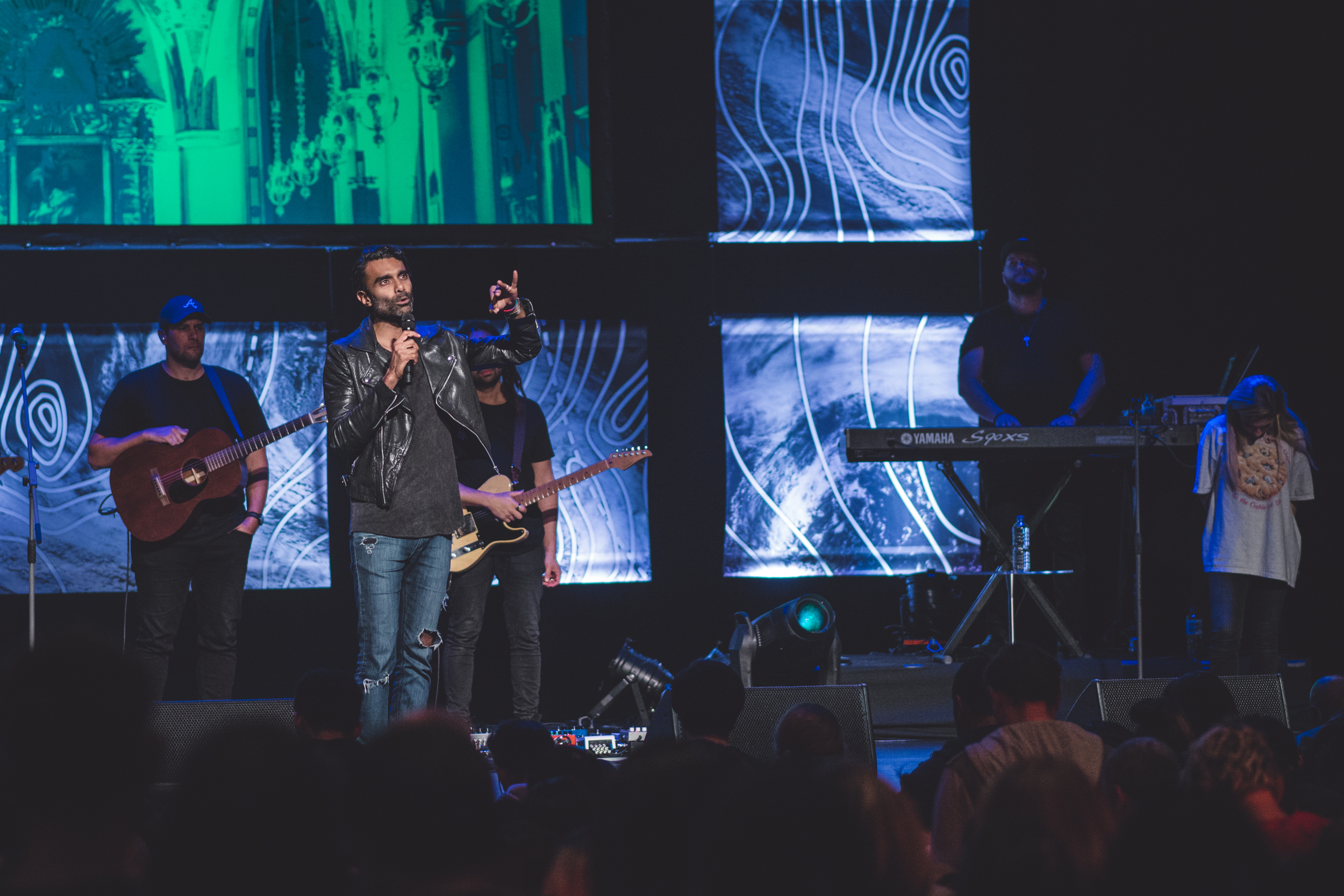 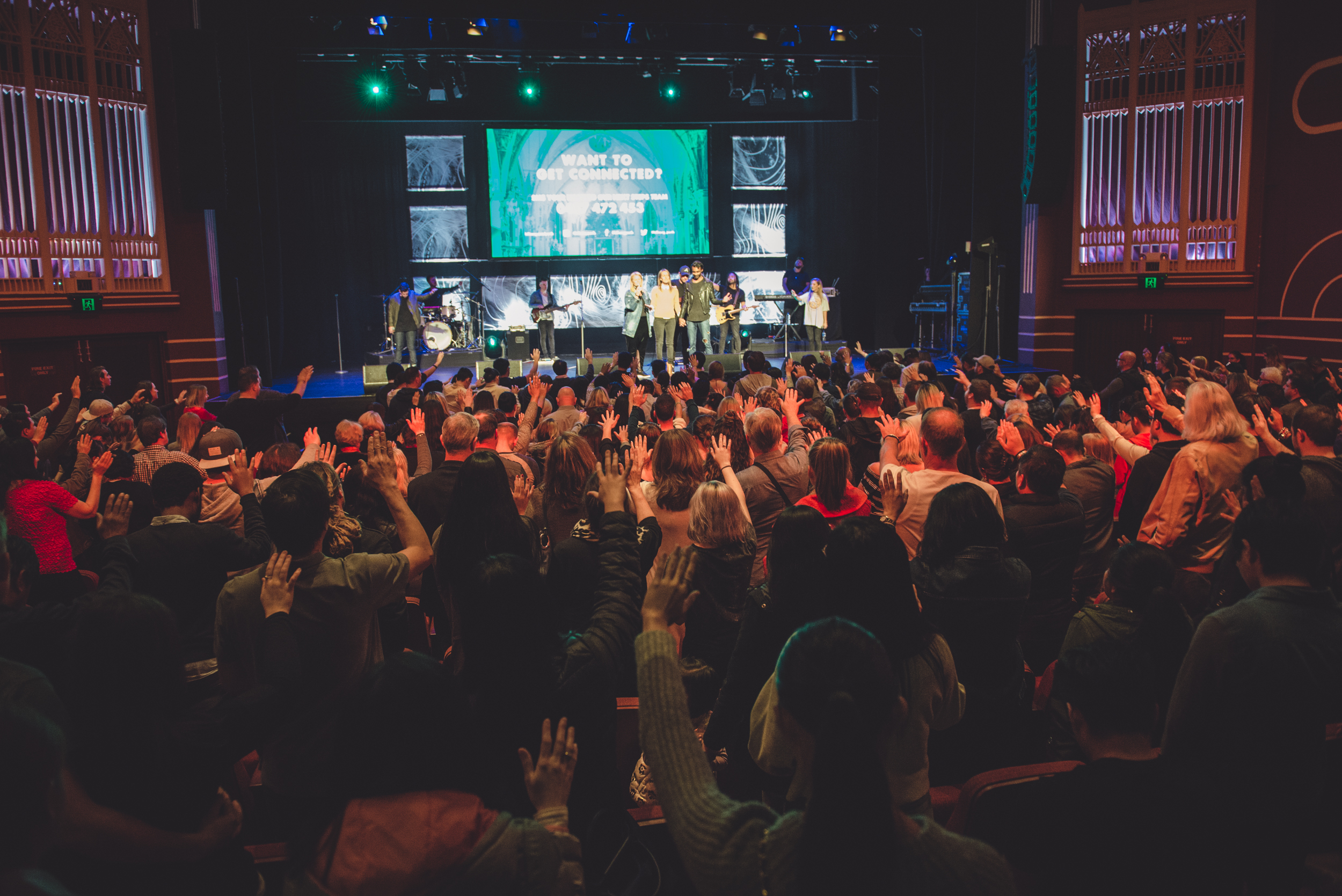 After the prayer, Jed and the worship team changed up the program and played Hillsong United’s latest Single – WONDER. 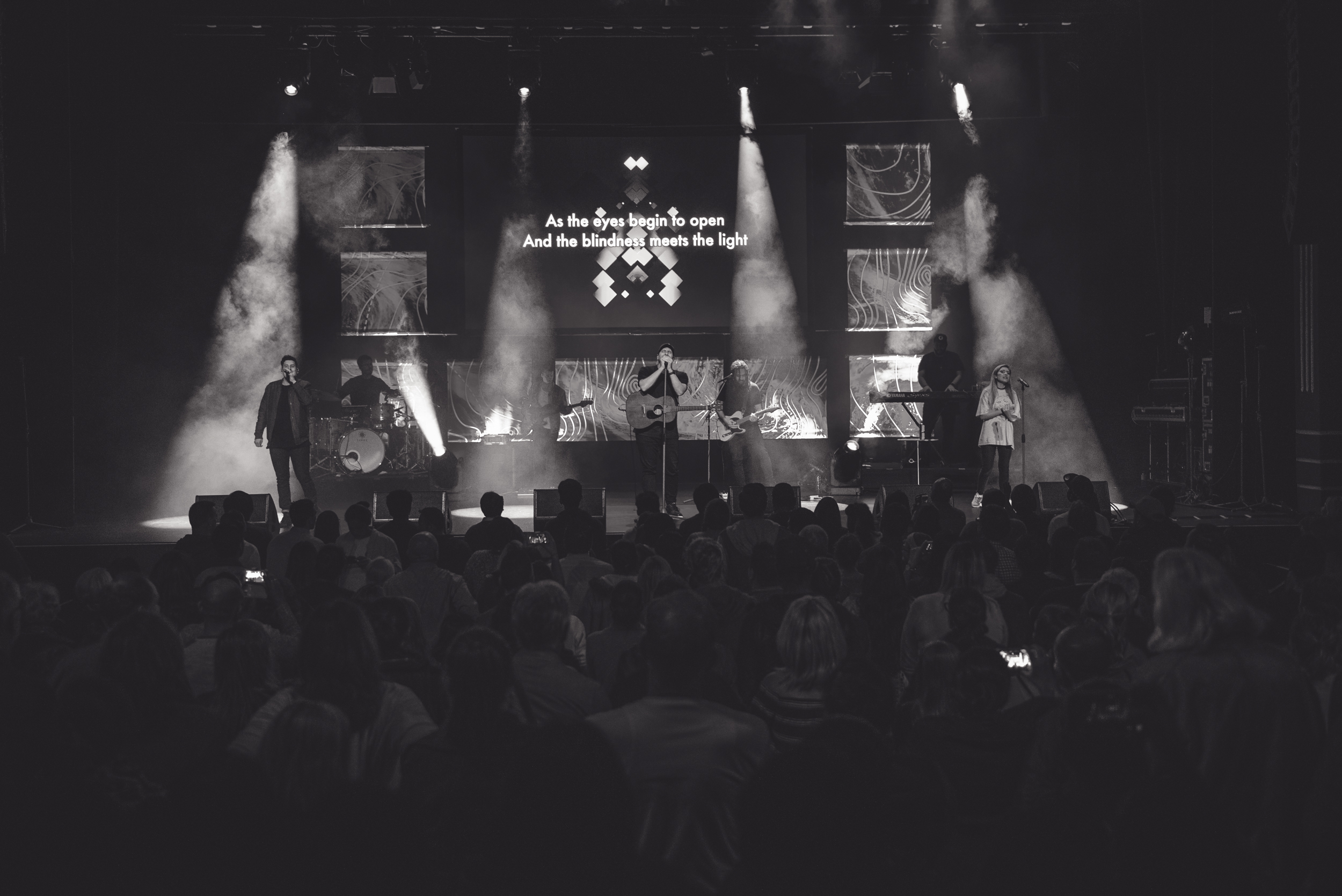 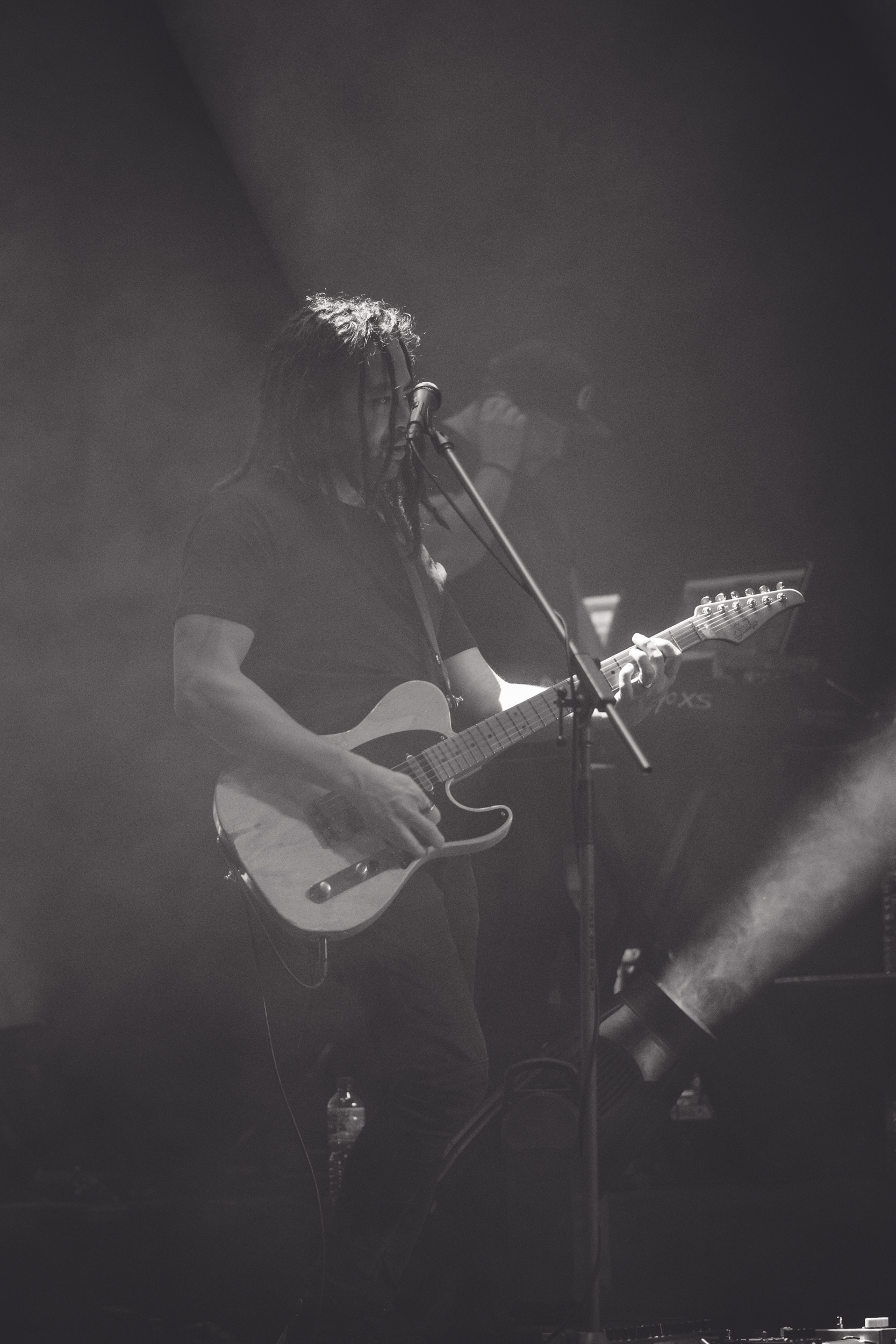 Literally as soon as the service was over, I could see cables being rolled up, plugs being ripped out, backdrops being reeled in, scaffolding being taken down, etc. Everyone was working and everyone knew what they had to do. I have to say that as a street photographer, it was a treasure trove of candid shots. 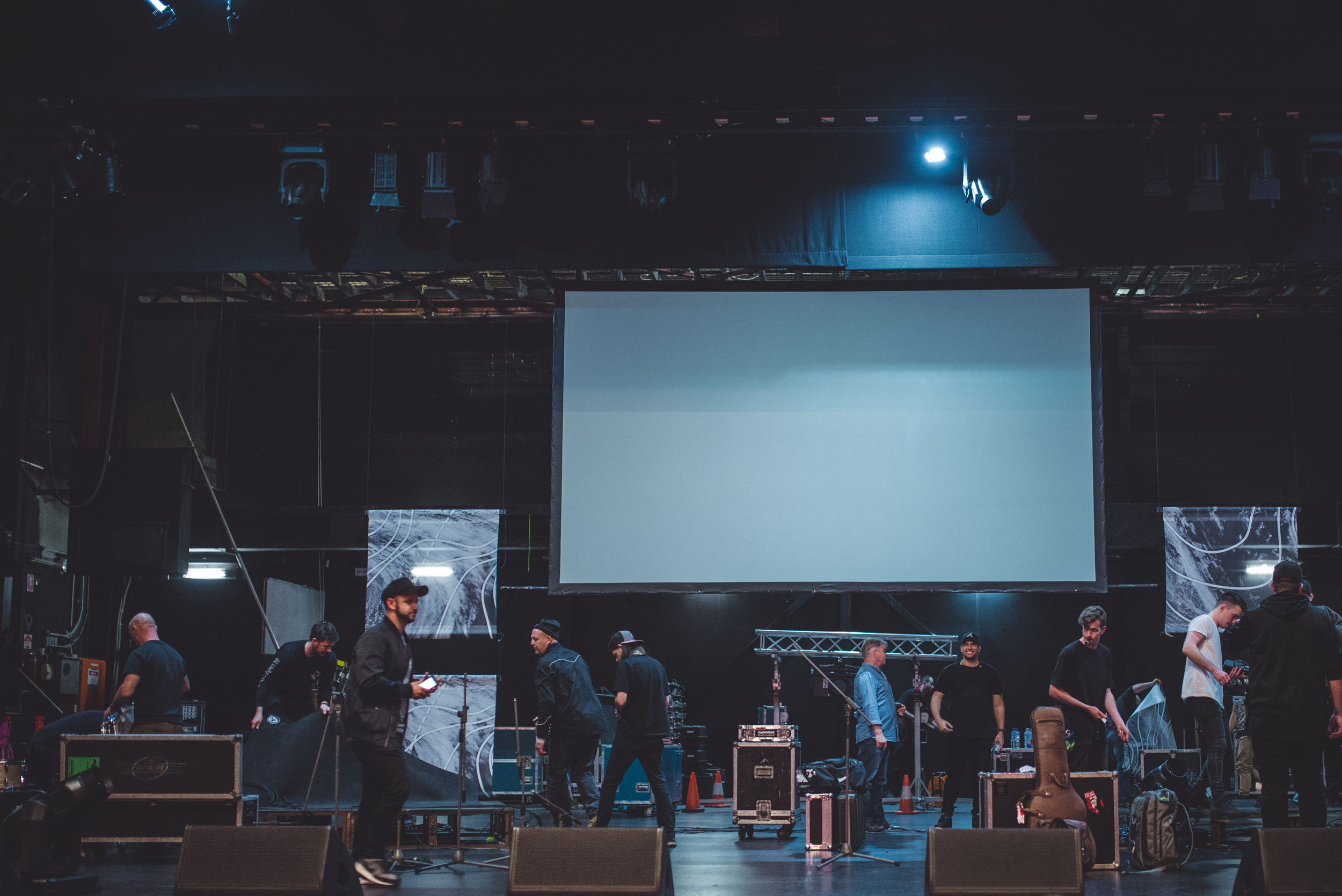 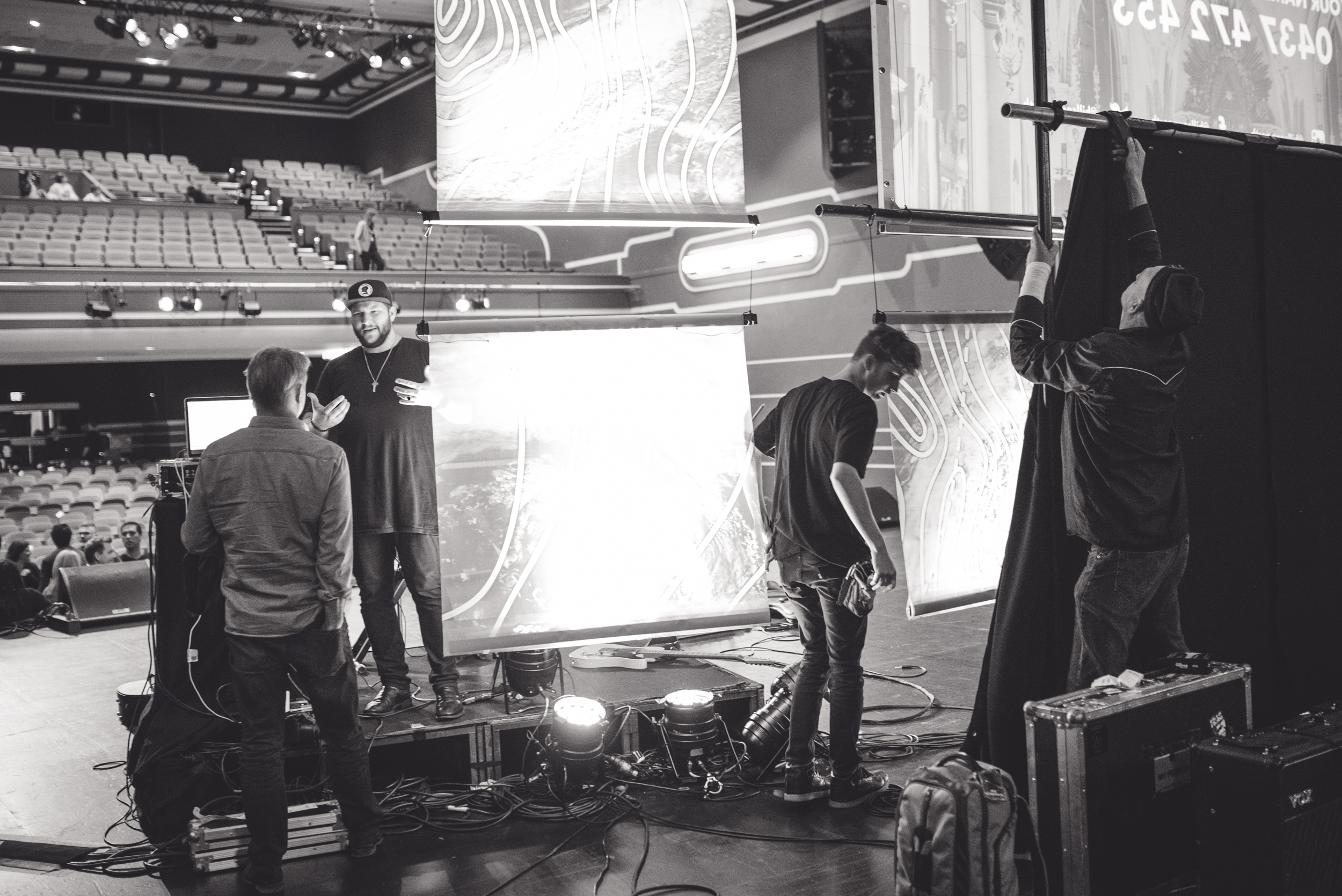 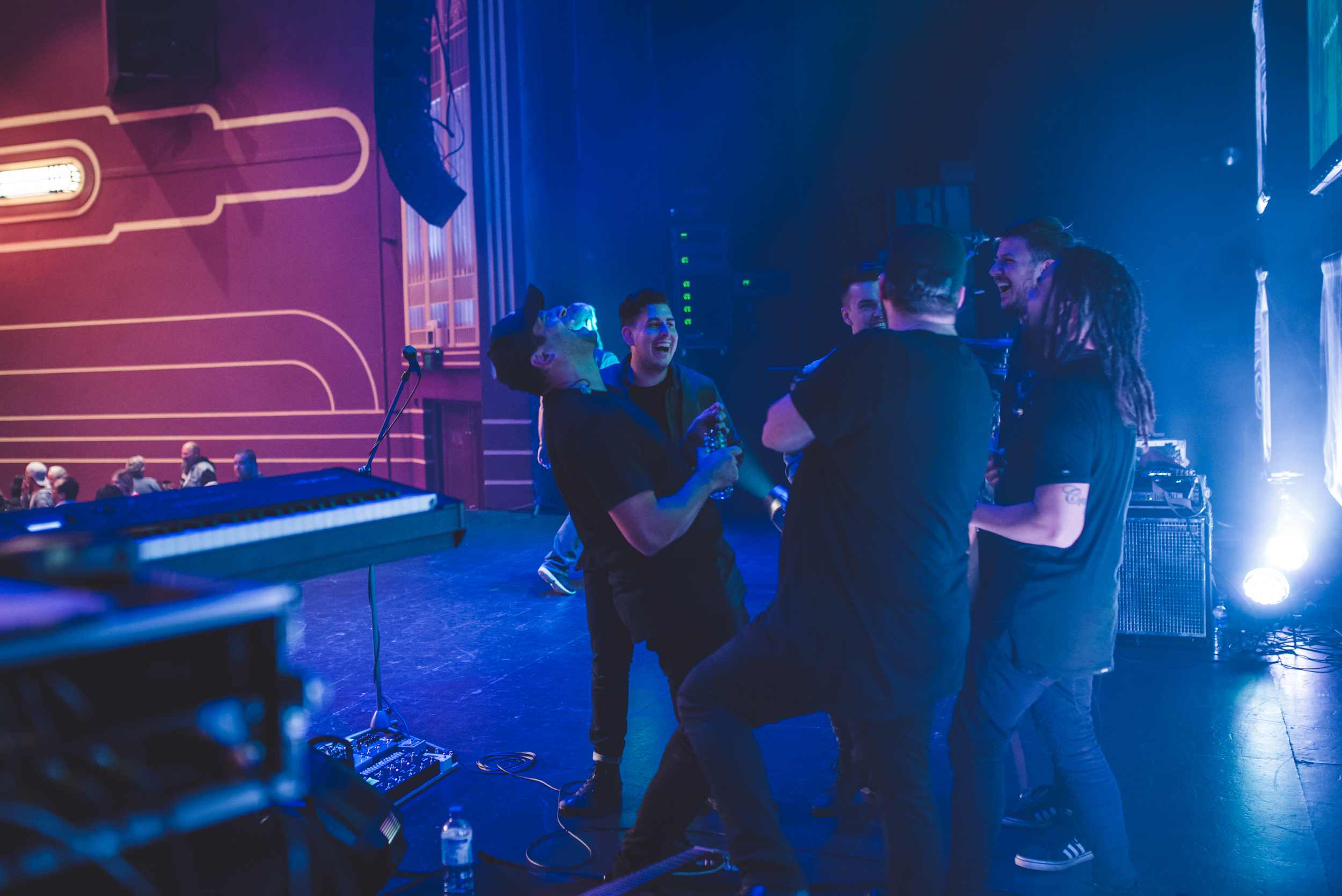 Credit to Hillsong for all photos.